Today, I’m happy to have my son, Connor, return to the blog.  Usually when he shows up it is to talk about graphic novels, but today he has asked to plug his GoFundMe.  I have put a big link to his latest project on the sidebar for anyone interested.

Hi.  Strange to be trying to write something other than comic reviews.  Its easier to talk about superheroes than myself, I guess.  Even worse when I’m, sort of, asking for help.

Basically, I’m asking everyone to think about supporting my GoFundMe.  I started it to try to raise money to buy a storage building that I could build in my backyard to store the books I’ve been selling on Amazon. . .  Wait, wait, that is confusing.  Let me start at the beginning.

Back in December 2017, I was 13 years old and started looking for jobs I could do for money.  Sure, I wanted to use some of that money for stuff I wanted, but I mainly needed it to start a college fund.  My mom and dad have great jobs, but money is still tight around our house with all my other brothers and everything we need, so our college funds are basically zero.

I did simple stuff at first: helped my neighbors in the yard, worked at a mission center unloading boxes (Yeah, they let me do that!), and did things for my grandparents.  Not a lot of money though.  Then one day I saw all the books the ministry center threw away every week, and I decided I could sell those books on Amazon, make money to go into a college fund.  My dad helped out setting up a seller’s account, figuring out how to do Amazon, and soon I was mailing books off, making a little bit of money.  Not much, but a hundred dollars a month is more than I had ever made before.  But I had a problem: Where to put all the books?

Books take up a lot of room, I found out pretty quick.  Since I couldn’t afford to do the Amazon FBA thingie where they store them for you, I had to keep all these boxes of books at my house.  Only room big enough for them all was the garage though.

After a lot of begging, my dad was nice enough to move his car out, giving me one whole side of the garage.  I figured that would be great.  I kept getting more books though, so I needed more room.  My mom moved her car outside until I could get everything sorted and get some shelves or something to store everything. But that just brought up another problem: The shelving cost so much and would still take up too much space.  Plus, my folks really would like their garage back. 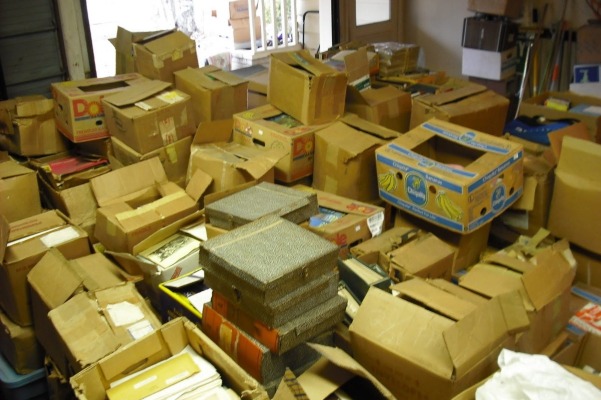 So I started looking with my dad for a storage building we could put up in the backyard and move all my books to.  We finally found one, but it costs a lot more than I can afford to buy.  That’s where the GoFundMe started: to raise the money (or, at least, some of it) so I can buy the storage shed, move all my stuff out of the garage to my own place, keeping collecting donations and selling books, and keep saving money for college.

I know my problem isn’t a big one.  I’m not terminally ill.  I don’t need a major surgical procedure or anything.  Obviously, I’m not living on the street.  So I know my GoFundMe might seem a little silly. Those other people with huge problems need money more than me.  So I kinda feel bad for even asking for help, but my dad said there is never anything wrong with trying if it is something I wanted to do as long as I understood what I was asking from other people, could really appreciate their help, and understand that I need to always help others when they need it in the future.  So if anyone feels like they could spare a few dollars, I want to tell you I won’t be spending it on video games or even graphic novels but will be using it to grow my little book company and keep using the money to save for college.

Before I go I would like to take the time to thank an anonymous donor for being the first contributor to my GoFundMe.  Now I realize there are still awesome, caring people out there willing to help even someone like me. Thank you, sir or ma’am!

Connor is a teenager who enjoys graphic novels (DC Comics are preferred!), superhero movies (He is counting the days down until Avengers Infinity War.), watching episodes of The Flash and Arrow,  is a “beast” on Injustice 2, will happily accept any and all caps (because you just can’t have too many caps), and whose favorite music right now revolves around Warrant and 80s hair metal.  And, no, Connor did not have any input into my paragraph about him.  Being a dad does have it’s privileges.