MY FAVORITE FANTASY BOOK DISCOVERIES in 2017

Even though it seems like I read all the time, there are still books and series in the fantasy genre which some way or another escape my notice.  Months, years, or decades sometimes going by before I stumble upon these overlooked stories and fall in love with them.  And, today, I wanted to proudly proclaim the fantasy books/series I discovered in 2017 that I would encourage everyone else not to miss out on. 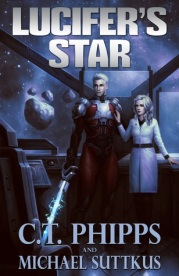 Damn fine space opera is what C.T. Phipps and Michael Suttkus deliver with this indie gem.  A science fiction tale which is gritty, brimming with action, and filled with characters with shadowy pasts, mysterious motives, and more than a few who are not exactly who they appear to be!  All of this taking place in a galaxy filled with war, rebellion, and space battles galore.  In more than a few ways this novel reminds me of an updated, modernized Star Wars; the great ones from the George Lucas Era I should clarify. 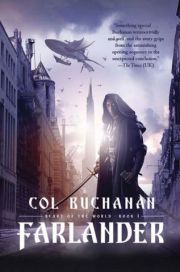 Col Buchanan delivers an epic tale of a world at war with an aged assassin who has an worsening health condition and a cauldron of unresolved issues from his past which drive him to take on an apprentice.  From the standard setup, Col Buchanan weaves a story of an unending conflict where things are not quite what they appear and the familiar medieval landscape hides some major secrets which change everything.  One of my favorite series this year!

Pirates have always fascinated me.  No, I’m not talking about The Pirates of the Caribbean types.  Nope, I am referring to the brutal, cutthroat realities who terrorized the seas for ages in the past and still do in some parts of the world.  And Rob J Hayes has perfectly captured that kind of pirate, delivering a duology where a land of buccaneers must be forged together into a nation to defeat the crusader fleet sent to wipe them out.  Yeah, its grimdark.  What’s wrong with that? 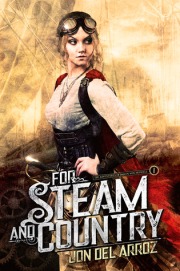 A fun steampunk with a strong female lead who is drawn into a rousing adventure.  Yeah, it is filled with zeppelins, daring-do, pulse pounding action, good guys versus bad guys, and more than a few laughs.  With characters like Zaira von Monocle headlining, you can probably guess that this is a tale which is determined to entertain with timeless stories and not send you into a depression relapse with serious, dark stories of steampunk angst.  I’m looking forward to seeing where Jon Del Arroz takes this steampunk series.

Purchase For Steam and Country

An epic fantasy filled with ancient demons, sorcerous cabals, and a group of unlikely heroes attempting to thwart the rising of an age-old threat. While it starts off slow, setting the table with heavy world building and characterization, this novel takes off around the halfway point, rushing forward to an epic conclusion in pure old fashioned sword and sorcery style.  This story was just an entertaining thrill ride which caught me by surprise, since I could never get into Mitchell Hogan’s initial series, Sorcery Ascendant Sequence.

Well, those are my amazing fantasy book discoveries this year.  Agree?  Disagree?  Want to add your own so we can all discovery them as well?  Let us hear your thoughts!

2 Responses to MY FAVORITE FANTASY BOOK DISCOVERIES in 2017