THE FLASH, VOL. 2: SPEED OF DARKNESS

The Flash: Speed of Darkness by Joshua Williamson

It’s real simple: I love the Flash.  And I always, always want to love every Flash story and every Flash graphic novel.  But this time I didn’t: Speed of Darkness a huge fail.

This one starts off showing the Flash (Barry Allen) and Kid Flash (Wally West) working together.  It’s not really a sidekick kind of story, but then again it is.  (Weird, I know.)  Barry is trying to teach Wally about the incredible power of the speed force, but Wally doesn’t really know or trust Barry, plus he thinks there isn’t anything to being a hero and wants to run into things full blast. 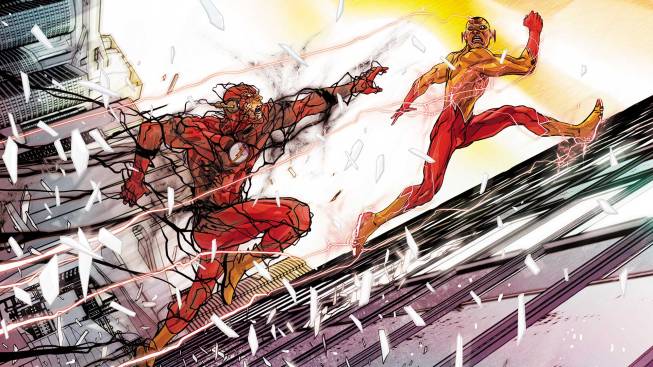 During the story, Barry and Flash deal with Shade, fight darkness demons, fight things from the Shadowlands, and then after that they do some more fighting.

So I kind of hated this comic.  Know why?  One, I hated the way Barry was written.  Two, it wasn’t a Flash comic at all.  Nope, this one should have been titled Kid Flash: Speed of Whine, because it didn’t have much at all to do with the Flash and Wally spent the whole story whining about everything he wanted. RIGHT. NOW!  Wally really acted like a baby.  Honestly.

As for the art, it was decent, I guess.  Some of it was really good, others not so much.  At least, that is what I thought, but I’m not an artist, so I don’t really know how to explain what was wrong with the art the majority of the time.  I didn’t like it is about the best I can do. 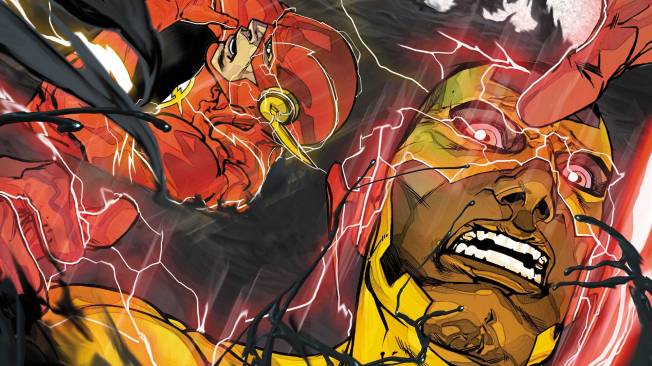 I hate being so negative about this book, but I didn’t like it.  If you thought it was great and totally disagree with me that is cool.  Glad you enjoyed it!  As for me, I really don’t know if I’ll be picking up another Flash book for a while; I just don’t think this writer is the right one for me.

Well, I hope you liked this review, and if you are on Goodreads, friend me any time to talk about my reviews or comic books in general.

Connor is a teenager who enjoys graphic novels (DC Comics are preferred!), superhero movies (Spider-Man:Homecoming is his current favorite.), watching episodes of The Flash, Arrow, and Futurama, as well as the NFL, NCAA football, and the NBA on t.v., will happily accept any and all caps (because you just can’t have too many caps), and whose favorite music right now revolves around AC/DC.  And, no, Connor did not have any input into my paragraph about him.  Being a dad does have it’s privileges.

2 Responses to THE FLASH, VOL. 2: SPEED OF DARKNESS