FUNDAY MONDAY, OR THE BOOKS THAT WILL HELP ME SURVIVE THE WEEK AHEAD (APRIL 3, 2017)

This week I’ll be trying to read a few books that have lingered on my shelf too long. Wish me luck! 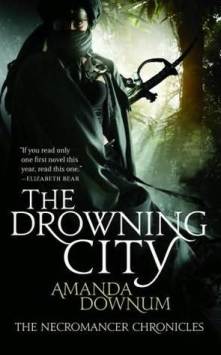 The Drowning City by Amanda Downum

Symir — the Drowning City. home to exiles and expatriates, pirates and smugglers. And violent revolutionaries who will stop at nothing to overthrow the corrupt Imperial government.

For Isyllt Iskaldur, necromancer and spy, the brewing revolution is a chance to prove herself to her crown. All she has to do is find and finance the revolutionaries, and help topple the palaces of Symir. But she is torn between her new friends and her duties, and the longer she stays in this monsoon-drenched city, the more intrigue she uncovers — even the dead are plotting.

As the waters rise and the dams crack, Isyllt must choose between her mission and the city she came to save. 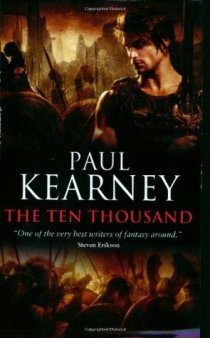 The Ten Thousand by Paul Kearney

On the world of Kuf, the Macht are a mystery, a seldom-seen people of extraordinary ferocity and discipline whose prowess on the battlefield is the stuff of legend. For centuries they have remained within the remote fastnesses of the Harukush Mountains. In the world beyond, the teeming races and peoples of Kuf have been united within the bounds of the Asurian Empire, which rules the known world, and is invincible. The Great King of Asuria can call up whole nations to the battlefield.

His word is law.

But now the Great King’s brother means to take the throne by force, and in order to do so he has sought out the legend. He hires ten thousand mercenary warriors of the Macht, and leads them into the heart of the Empire.

1 Response to FUNDAY MONDAY, OR THE BOOKS THAT WILL HELP ME SURVIVE THE WEEK AHEAD (APRIL 3, 2017)