Posted on February 7, 2016 by Bookwraiths

The Undying by Ethan Reid

“Bad writing is more than a matter of shit syntax and faulty observation; bad writing usually arises from a stubborn refusal to tell stories about what people actually do― to face the fact, let us say, that murderers sometimes help old ladies cross the street.” – Stephen King

*Disclaimer through fire and brimstone!* – This was an ARC I received through Netgalley and wished I hadn’t. In no way would/will this affect my words – as you will no doubt find out.

On the blurb promoting Undying by Ethan Reid it states loudly and proudly that it’s a match for The Walking Dead and The Passage by Justin Cronin. We will see. So Undying is about two Americans tourists who are visiting friends in Paris – Ben Rosenfeld and Jeanie Anderson. After a night of partying, they wake up to a quite different world – Armageddon has come, the sky is literally raining rock and fire. La magnifique ville is awash with the dead and dying. The dead rise again and turn into something neither dead or alive – zombies right? No. Vampires? C’mon really, the author is surely more original than that! There called Moribund – which translates ‘to the point of death.’ Original, as I said. The story is one of survival and what a beaut it is.

I was being sarcastic; I’m not going to hold any punches here. This is one of the worst fictional stories I’ve ever had the misfortune to read. In a nutshell it’s shit. I’ll do my best to explain beyond the shit, but it is really shit! Fair warning.
Let’s get the positives out of the way so I can better explain the negatives. The prose is solid – something I’d expect from someone who has effectively a degree in creative writing. Ethan Reid’s author bio mentions all types of individuals he has lectured under. That’s great, but have their teachings rubbed off on the student? Not in my opinion. I never really understand why an author would mention other people they’ve studied after – let your own work do the talking. I took modules and a Creative Writing thesis under Philip Hensher. I wouldn’t mention that if I were an author. It just smacks of arrogance and attempting to leech of what they’ve achieved.

Right, back on track. At the beginning of Undying there’s a-sort-of-prologue which really is confusing – it’s literally the end of the novel, but there is no way of telling that at the time. I was really bemused as there was no sub header or anything to let the reader know what they were reading. If I was reading Kurt Vonnegut or flipping through Naked Lunch I may have prepared myself, but this is a survival horror novel – well meant to be – so some better tasking of what we are reading would have helped. Especially as it was the beginning.

There are some major flaws with Undying firstly the characters. As a reader you need to be able to relate to something or someone. Ben is really a nasty bugger who has been sniffing around Jeanie for years. He is rather creepy. He decides to help Jeanie out and go to Paris. Jeanie has been under a cloud of depression due to the death of her father (cancer). So Ben, he begins out as the hero, thinking on his feet and getting Jeanie moving rather than wallow in her self-pity – which happens so often it becomes overbearing more often than not. Human emotions do help readers better understand a character – you generally want to emphasis, it’s what being human is after all. After the first hundred pages or so I just lost interest in both Ben and Jeanie as characters. Which is a real problem as they are joint protagonists of the novel. There’s no real progression other than the storied journey. Actually there is one – Jeanie turns from this self-doubting essayist type into the type of persona that you just want to smack in the mouth. A brief summary of Jeanie; neurotic, hypercondriac, narcissistic and generally annoying.

Carrying on with the characters (this could take forever!) some of their decision making is questionable – well, that would be the author. Jeanie gets lumbered with a baby while trying to find help for a member of their group. For some reason she decides it’s a good idea to take said baby, through what is going on, to her dead father (Mr. Reynolds). The father essentially lays down what is potentially happening at the beginning. It makes NO sense to me. Ben, Jeanie, Zou and Farid are trying to get o the US Embassy or Louvre – so why take a baby? There then is this sub-story being played out where the rest of the group think Jeanie is nuts for bringing the baby – which was just irritating after a time as she clearly shouldn’t. I realise the baby was brought in as a foil to Jeanie’s character. It would give her something to fight for beyond herself. It just doesn’t work out that way. It left me bemused – I was sat reading that when it happened and had a moment of, WHAT THE HELL!?

Another issue seemed to be the continuation of the plot. Consistency is obviously really important towards the plots narrative. More often than not Undying seems to leave massive plot holes that either never get filled in, or they get filled in, but end up leaving more questions. More often than not they just didn’t marry up with what was happening. Some examples; Jeanie and her party are trying to get through the catacombs to the Louvre. It’s air tight, no oxygen after a certain amount of time. OK understandable. But when it comes to a Metro station punching through the ceiling, they still had no air. Hold on. A station has collapsed and opened a crater to the station above. Surely then there would be air coming through. I mean a subway station has oxygen, right? I’m not picking holes here; it was one major mistake by the author due to the situation of the characters.

As I said at the beginning the prose is solid. There are a few problems, the broken French-to-English to mirrored in the book terribly. It confused me more often than not. Some examples of this are when Paget (who is apparently the leader of the ‘resistance’) attempts to explain a theory called ‘mash networking’ – it takes him ten pages of broken weird French-to-English to explain the theory and then by the eleventh page he summarizes it in a paragraph – am I missing something? I was sat reading for those ten pages thinking what on earth was he talking about, as it made no sense. Jibberish is a word I’d like to use here.

I’m not allowed to quote the actual writing within the novel, which is a damn shame as there is a kicker of a line. I’ll try to summarize – imagine a lady who is looking after a baby, she has never been pregnant. She has lost her baby and is searching for him. The baby’s cries pull her towards the infant – mainly due to her milk lactating nipples being pulled to the babies wailing. Yep, that was a line akin to the opening of the book. Lastly, the quotes highlighting a new ‘part’ to the novel have no real place being there, they mean nothing to the novel, not even in a philosophical sense. They read ‘edgy’ perhaps that is why.

So I find myself with more to talk about but feel my point has been made. I’ve tried not to go on about other assorted problems with the novel. To summarize; the characters are boring, the prose (though solid) has nothing going for it, the core story is basically The Strain Trilogy, there’s no WOW moments, just meh plodding along. Consistency to is a huge problem, story continuation is one of those that are given. At times it goes wayward and beyond left-field into no-writers-land. How this writer got this novel published I don’t know! There are so many great self-published writers out there who deserve a chance, but yet this sort of mockery is given the go ahead. I could go on but won’t. Pick it up Undying for yourself, I’d be curious what you thought.

About Stuart (In his own words): 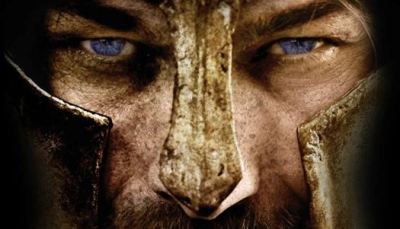 Stuart: Well I’m a contributor towards Bookwraiths content. When it comes to writing reviews I like to think I’m sat chatting with someone rather than at them; so my style can be conversational and abrasive at times. Read at your own peril!

In the 80s I grew up with books such as; The Famous Five and Secret Seven throw in an uncle who was obsessed with comics such as; The Beano, Topper, Asterix and Obelix, Batman and The Incredible Hulk.  You’ll get some idea of the adventures that I got up to.

I’m all about fiction that doesn’t hold any punches that gets stuck in and takes you on a ride where terminal velocity means your fingers are going to burn the pages as you turn them. Apply Aloe Vera where needed! Favourite current authors include (how long do you have?) Dan Abnett, Jame Clavell, Bernard Cornwell, Simon Scarrow and Anthony Ryan.

Outside of reading I’m a big fan of Rugby Union, I play and watch. I live in the United Kingdom and have two nephews to put through super heroes’ school. I’ve not told them I’m the anti-hero of the story yet.

5 Responses to THE UNDYING