TOP 5 WEDNESDAY: BOOKS I WANT TO SEE AS A TV SHOW 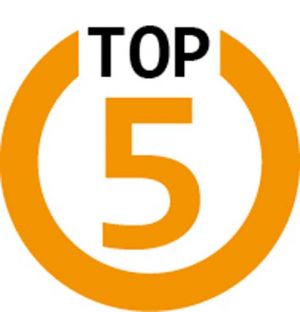 Today, the guys in the Goodreads Top 5 Wednesday group had a great topic: Books You Want to See as TV Shows

Cool topic.  I mean, there are lots of great books/series out there that would make great television series.  Like everyone else, I have favorites that I would love to see up on screen, but I think I’m going to try to pick stories I can visualize being “tv ready.”

This series is tailor made to be put on tv.  We have two characters dealing with creepy, mysterious entities preying on humanity, one of whom is a former teen heartthrob.  Plus it is filled with humor, action, gore, and suspense.  Robert Brockway’s punk rock fantasy is something I’m sure people would love to sit down and binge watch on a weekend.

Okay, if Legend of the Seeker actually made it onto television, I think Peter Brett’s much superior story of human kind’s fight to survive in a world infested with demons would be a certain hit.  I mean, who wouldn’t love this tale of a boy growing up determined to uncover ancient wards to fight off demons while finding a new home, falling in love, and having to make tough choices about how to live his life.  I’m telling you it would be huge!

Flintlock fantasy at its finest.  This tale of powder mages, sorcerers, and gods set in a French Revolution-type setting would be easy for people to feel familiar with yet different enough to intrigue them.  The revolutionary struggle, political machination, and subtle magic aren’t up there with A Game of Thrones, but they are still there to be used by a deft screen writer. Plus this series has powder mages, brother, and these guys are damn cool to read about. 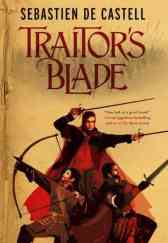 Three Musketeer-esque tale with unique twists and turns, back-stabbing allies, and some damn cool characters.  It even has a good bit of humor, which could be emphasized even more if deemed appropriate.  But, at its heart, this is a grimdark tale as dark as George R.R. Martin’s more famous saga ever has been with the main characters having to go through hell and back to see that their dead king’s dream of a better land is not forgotten. 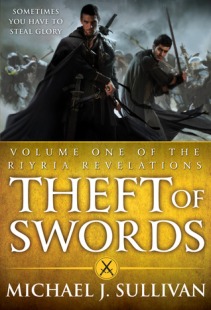 Who would not love this story of Hadrian Blackwater (the master bladesman) and Royce Melborn (the merciless assassin) who somehow become friends and then form one hell of a dynamic duo for hire?  No one.  It is perfect television material.  Add in the fact these two friends bicker all the time, never see things alike, rub elbows with the royals and other important people, and always seem to stumble into outrageous and earth shattering events, and you can see why this tv show being one of the most watched shows ever.

14 Responses to TOP 5 WEDNESDAY: BOOKS I WANT TO SEE AS A TV SHOW