FUNDAY MONDAY, OR THE BOOKS THAT WILL HELP ME SURVIVE THE WEEK AHEAD (SEPTEMBER 12, 2016)

Well, my reading had been going great until a tough couple of work weeks and a cold, which swept through my house like the plague, brought me back down to earth.  The stars seem to be aligned for more time reading this week though, so I’m hoping to be able to finish off a novel I started a week ago and get to a couple books I need to fit into the schedule.  Wish me luck. 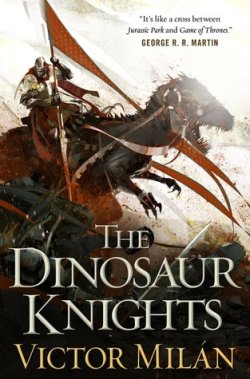 The Dinosaur Knights by Victor Milán

Paradise is a sprawling, diverse, often cruel world. There are humans on Paradise but dinosaurs predominate: wildlife, monsters, beasts of burden, and of war. Armored knights ride dinosaurs to battle legions of war-trained Triceratops and their upstart peasant crews.

Karyl Bogomirsky is one such knight who has chosen to rally those who seek a way from the path of war and madness. The fact that the Empire has announced a religious crusade against this peaceful kingdom, the people who just wish to live in peace anathema, and they all are to be converted or destroyed doesn’t help him one bit.

Things really turn to mud when the dreaded Grey Angels, fabled ancient weapons of the Gods who created Paradise in the first place come on the scene after almost a millennia. Everyone thought that they were fables used to scare children. They are very much real.

And they have come to rid the world of sin…including all the humans who manifest those vices.

The Dark Talent by Brandon Sanderson

Alcatraz Smedry has successfully defeated the army of Evil Librarians and saved the kingdom of Mokia. Too bad he managed to break the Smedry Talents in the process. Even worse, his father is trying to enact a scheme that could ruin the world, and his friend, Bastille, is in a coma. To revive her, Alcatraz must infiltrate the Highbrary–known as The Library of Congress to Hushlanders–the seat of Evil Librarian power. Without his Talent to draw upon, can Alcatraz figure out a way to save Bastille and defeat the Evil Librarians once and for all? 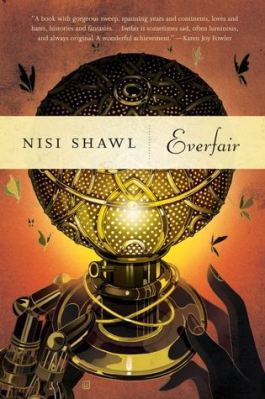 Everfair is a wonderful Neo-Victorian alternate history novel that explores the question of what might have come of Belgium’s disastrous colonization of the Congo if the native populations had learned about steam technology a bit earlier. Fabian Socialists from Great Britian join forces with African-American missionaries to purchase land from the Belgian Congo’s “owner,” King Leopold II. This land, named Everfair, is set aside as a safe haven, an imaginary Utopia for native populations of the Congo as well as escaped slaves returning from America and other places where African natives were being mistreated.

Shawl’s speculative masterpiece manages to turn one of the worst human rights disasters on record into a marvelous and exciting exploration of the possibilities inherent in a turn of history. Everfair is told from a multiplicity of voices: Africans, Europeans, East Asians, and African Americans in complex relationships with one another, in a compelling range of voices that have historically been silenced. Everfair is not only a beautiful book but an educational and inspiring one that will give the reader new insight into an often ignored period of history.

2 Responses to FUNDAY MONDAY, OR THE BOOKS THAT WILL HELP ME SURVIVE THE WEEK AHEAD (SEPTEMBER 12, 2016)