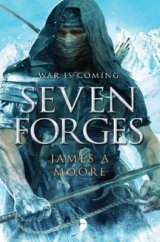 Sword and sorcery novels were my first love when I began reading fantasy.  Robert E. Howard’s Conan, Kull, and the rest my initial forays into the genre before I found my way to Michael Moorcock’s Eternal Champion series, which I devoured.  But after a few years, sword and sorcery fell out of favor to a certain extent, becoming hard to find.  Then I was lucky enough to grab an ARC of this first installment in Mr. Moore’s sword and sorcery series about the Sa’ba Taalor and fell in love with S & S all over again.  Read my reviews (Seven Forges–The Blasted Lands – City of Wonders – The Silent Army) and see why. 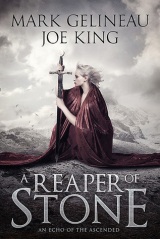 Novellas are one of my main reading pleasures these days.  Time is at a premium in my life with work and a family devouring most of it, leaving me precious few hours to call my own, so I am always looking for great fantasy novellas to fulfill my reading needs yet not require a tremendous time investment.  That is why I stumbled upon this series of highly entertaining ones penned by Gelineau and King; two indie writers who have quickly turned me into a huge fan.  Words really can’t convey how much I’ve been loving their Echoes of the Ascended series.  Fantasy fans who love shorter works really need to give these stories a go.

Never having had the courage to start Malazan, I’ve finally found my own epic fantasy series of similar quality and complexity in The Chronicle of the Exile.  Mr. Turner penning the first two books as stand alones set in the same richly detailed world, spinning intricate plots which then begin to gradually intertwine leading to . . . . I don’t know what.  That is why I keep reading, so I can see where Mr. Turner is taking things.  So hop on this bandwagon before you are so far behind it becomes intimidating . . . like Malazan intimidates me.  😦 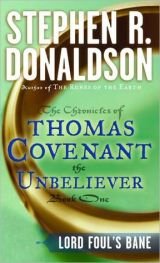 Whether he is writing about the damn, whiny leper Thomas Covenant or penning a novella set in some other fantasy land, I personally have always found Mr. Donaldson’s fantasy stories not to be missed.  I will admit having to keep a dictionary handy to fully comprehend some of the author’s word choices, but that is part of the charm of reading the guy: entertainment coupled with an expansion of my word usage.  And for those who do try Thomas Covenant, please go into it understanding you are suppose to despise Covenant as much as he despises himself, then (hopefully) you begin to understand him and dislike him less.  At least, that is how it went with me. 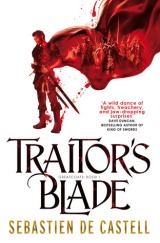 I’m a Three Musketeer lover.  I have always thought that type of story was cool.  So when I picked up the Greatcoats series, discovering the same type of atmosphere with friends joking around with one another while attempting to escape death, I fell instantly in love with what Sebastien de Castell was feeding me.  So much so that this series has steadily risen in my eyes from book to book until it is now one of my “must read” series.  All I have to add is that I can’t thank the author enough for bringing some fun back to fantasy. 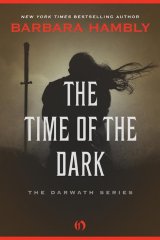 As one of my all-time favorite fantasy authors, I could easily justify this placement due to my fondness for Ms Hambly’s works when I was growing up several decades ago.  But since I do not like to live altogether in the past, the reason I am putting Ms. Hambly here is because I still adore the books which I fell in love with so long ago; Darwath being the most notable example.  Having reread this series several times over the years, it is a stellar example of classic fantasy done right, even if some of of its cultural references are a bit dated now.

Everyone has their favorite author of the moment, and for me, it is Mark Lawrence.  Prince of Thorns and The Broken Empire trilogy are among my favorites fantasy books ever (though I was initially very annoyed by King of Thorns).  Prince of Fools and The Red Queen’s War trilogy is yet another amazing fantasy with a very different, but just as memorable, protagonist.  And I’ve thoroughly enjoyed every Mark Lawrence short story I have read.  All of which means this writer is slowly climbing my list of why I’m loving fantasy right now.

I really don’t know why I should even attempt to explain why Mr. Martin is on this list.  Whether it is his amazing A Song of Ice and Fire fantasy series or the addictive Game of Thrones television series, this guy has done more to make me (and lots of other people) love fantasy more and more each day than almost anyone out there.  The only reason why he isn’t further up the list is because I’m still waiting for that next book. 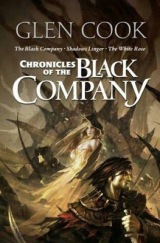 The Chronicles of the Black Company with the mercenaries of the Black Company.  Croaker.  Lady.  The Taken.  A fantasy classic which reads as well today as the first time I ever picked it up decades ago.  Added to this, Mr. Cook has mesmerized me with several other great series like Dread Empire, Darkwar,  Instrumentalities of the Night, and The Garrett Files as well as the spectacular stand alone The Tower of Fear.  Needless to say, I love the guy’s writing, and he is always breathing down the neck of my all-time favorite fantasy author. 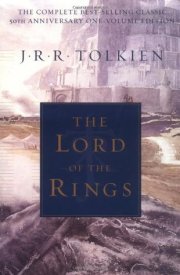 For me anyway, Tolkien will always be the number one reason I love fantasy.  His classic fantasy trilogy is what turned me into a fan of the genre in the first place, and when my busy life took me away from reading fantasy, it was the amazing movie adaptions by Peter Jackson which rekindled my love of fantasy and gradually led me back into the reading fold.  So here is a salute to his amazing vision and awe-inspiring talent.