Ten Books I Feel Differently About After Time Has Passed 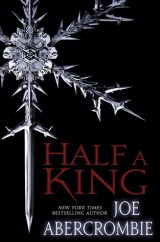 10. Half a King by Joe Abercrombie  (More Positive)

When this YA fantasy was released several years ago, I have to admit I wasn’t terribly impressed.  (Read my review)  I even went so far as to label it a “grimwhine” because of the author’s attempt to mix young adult themes with grimdark.  Not that I hated the book.  I didn’t.  It was just okay.  But after finishing off the trilogy, I now view it as the best of the three, as its failings are miniscule compared to my problems with the other two books. 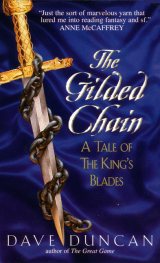 After years of telling myself I’d get around to trying this series, I finally did, and while it took me a little while to get into the book, I especially enjoyed the ending.  (Read my review)  So much so, my feet took me straight to my local used bookstore to buy the next installment of the series.  Now, though, I can’t find the desire to read it: all the boring sections of The Gilded Chain foremost in my mind.  Not ready to write it off yet, but it is going down the list rapidly.

Purchase Gilded Chain: A Tale Of The King’s Blades 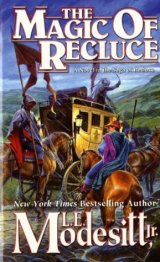 This is the only book I’ve read by Mr. Modesitt as well as the only Saga of Recluce novel which I have tried.  At the time I finished it, my feelings for it was fairly positive: not the best book I ever read but a decent enough opening story in a series.  As more and more time has passed though, I can’t say I’ve ever felt any need to return to the world.  And that is how I still feel — complete indifference.

Purchase The Magic of Recluce 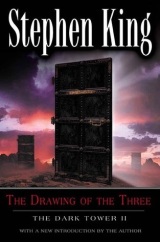 7. Drawing of the Three by Stephen King (More Positive)

After falling in love with The Gunslinger, I was dying to pick up this book, but the different tone and story direction impacted my enjoyment in a negative way.  As I slowly made my way through the entire series however, I came to appreciate this one more.  Not sure if that is due to my disillusionment with the last two books of the series or my realization of how good The Drawing of the Three really was, but either way this one is trending upward.

Purchase The Drawing of the Three 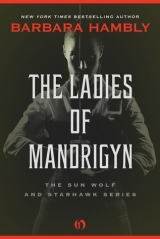 This book (and the Sun Wolf and Starhawk series it spawned) probably fall into that category where teenage favorites go, because when I first read this one decades ago I adored it and loved the whole series, but when I attempted to reread it a few years ago, I could not force myself through it.  Is it that bad?  No.  But it just isn’t for me anymore, which is kind of sad in that “OH GOD, I’M GETTING OLD!” sort of way that I’d prefer not to talk about.

Purchase The Ladies of Mandrigyn 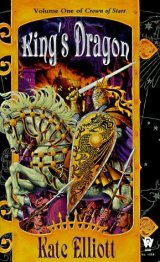 When I first picked this up upon release many years ago, I fell totally in love with the complex world and the intricate story line Ms. Elliott was weaving.  My reading calendar thereafter containing specific details on when the next installment of the series was expected to hit my local bookstore, but then, after four books, I lost interest.  Can’t recall exactly what caused my breakup with Crown of Stars, but one day I put it down never to return (at least, up to this point).  My indifference to the conclusion still remaining to this day. 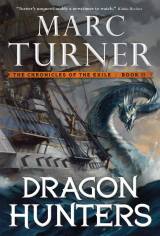 When the Heavens Fall was one of my favorite books in 2015, so when I picked up the second installment of The Chronicle of the Exile, I was expecting to have a little sophomore letdown.  When Mr. Turner introduced a whole new cast of characters in the novel though, I was a bit disappointed.  But then I was given the opportunity to beta read Red Tide, where Mr. Turner begins integrating the cast of books one and two together, and suddenly the brilliance of Dragon Hunters became apparent, which is why it is trending higher on my charts.

Purchase Dragon Hunters: The Chronicle of the Exile, Book Two 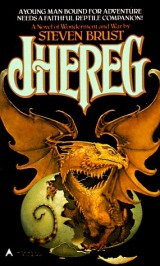 Another teenage favorite which has slowly eroded until it is a book I cannot reread anymore.  Back in the day, its straightforward gangster style story was new, innovative, and terribly cool, but now it pales in comparison with more modern fantasy novels.  For that reason, this (and the whole Vlad Taltos series) has been relegated to the “I USE TO LOVE THIS BOOK” shelf.

Purchase The Book of Jhereg 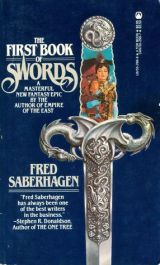 As I’ve mentioned many times on this blog and to my reading friends, I have always wanted to like this series for whatever reason.  The sword and sorcery flavor with gods, magic swords, and a post-apocalyptic setting seem tailor made for my tastes, but every time I have tried this series (I’ve picked it up four or more times over the years.) it does not work for me.  The why isn’t obvious even to me, but I always put the book down feeling fairly meh about what I’ve read, which generally leads me to not pick it up again.  Strange but true, folks.

Purchase The Complete Book of Swords 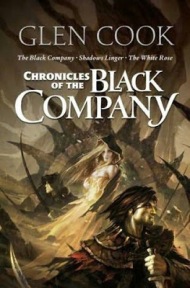 1. The Black Company by Glen Cook  (Love It More)

We all have books which seem to get better with age; different themes within it appealing to us at one age then another appealing to us at a later age.  Well, The Black Company series is that book/series for me.  My rereads of it ever few years always leaving me as enraptured with its brilliance as when I was a teenager experiencing it for the very first time.