I’m so very honored to welcome Harry Turtledove to Bookwraiths today.  As a longtime fan of all his amazing books, I’d be hard pressed to name my favorite.  Publishing stories in the fantasy, historical fiction, science fiction, and alternate history genres, there is a Turtledove story which will tickle everyone’s fancy, and now he has turned his sights to the world of baseball, where his alternate history novel The House of Daniel takes place in a Depression Era America where magic works and baseballs fly!

Hello, Mr. Turtledove. Welcome to Bookwraiths. Thanks so much for sparing some time to answer a few questions.

Thanks for inviting me here. 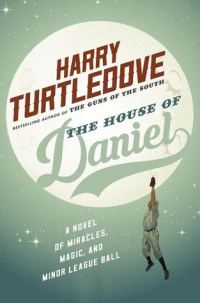 You have a new book coming out, The House of Daniel. Some might call it a departure, of sorts, from most of your recent alternate history series. What can you tell us about it?

It isn’t really. Something like a third of my overall ouput is fantasy of one kind or another, though I haven’t done so much the past few years. THE HOUSE OF DANIEL is an urban fantasy set during the Depression in a world that isn’t quite ours because magic works and things like vampires and zombies and werewolves coexist with ordinary people. It centers on baseball, because I’ve been a fanatical fan for many years.

How long did it take this story idea to germinate before you were able to put it down onto paper?

I spent one summer night talking baseball with Peter S. Beagle over dinner; he’s the same sort of obsessive fan at I am. He’s older than I am, too, and he remembers further back. I thought, I ought to do something baseballish. I started writing just a few days later.

What drew you to this period of American history?

It’s the heyday of the minor leagues and especially of semipro ball, which this book is about. And my parents were young adults during the Depression, so I heard a lot of stories about it growing up.

Other than sheer entertainment, was there any message you were hoping to convey to readers with a story such as The House of David? 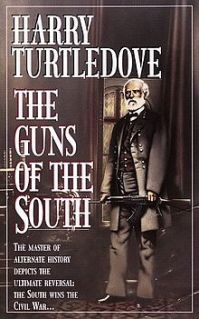 Having been publishing beloved novels for over thirty-five years now, is there any historical period you have not written about but desperately wish to?

I have some nineteenth-century ideas I’m playing with right now, maybe turning some Victorian conventions upside down and inside out.

How comfortable are you with the title “the master of alternate history?” Has it ever caused any of your non-historical stories to be more difficult to publish?

Not to Gerin; I’ve said what I have to say about him. I’d love to write sword-and-sorcery if anyone feels like buying it.

Some authors make elaborate outlines of a story, planning out every detail of a novel; some start with an idea and see where the characters take them. Which camp do you fit into?

The latter. I know more or less where I’m going, but I don’t usually know ahead of time how I’m going to get there. Telling myself the story and making things fit together is a big part of the fun for me. 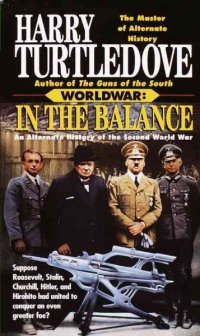 Undoubtedly, the science fiction and fantasy genres have evolved and changed over your career. How has your writing or the stories themselves evolved to match the wants and expectations of new generations of readers?

You always want to write the best story you can. What that is will depend on what kind of story it is, on who’s going to buy it (or on who you hope will buy it), and on who’s going to be reading it. You discover after a while that you’re not perfect and that you never will be perfect. You keep trying, though.

Is there any of your series which you viewed as a “can’t miss hit”, but it did not catch on as you envisioned, and, even today, you still don’t understand why?

Not really, because nobody ever knows ahead of time how something will do. You cast your bread upon the waters, and you see who grabs slices off it.

As a self-described “reasonable, rational man”, how difficult is it to write characters who are the antithesis of those qualities?

It’s not easy. You try to understand as best you can, and to show your understanding on the page. If you turn out not to have as much as you’d like, well, as I said, you’ve probably found out by that time that you aren’t perfect.

Having picked up The Misplaced Legion when it was initially published and been a huge fan of everything Videssos since, I have to ask if you ever anticipate returning to that amazing world? If so, what do you have planned?

Thank you very much. Nice to know you’ve been reading me for a while. 😉 I don’t have anything new planned in Videssos. I do wonder if you’ve seen my Forge historical, JUSTINIAN, which is set in the real Byzantine world and not the imagined one of the Videssos books.

If you could re-write one of your novels which one would it be and why?

I actually did rewrite WERENIGHT and WEREBLOOD, my first novels (later reprinted together as WERENIGHT–they were intended as one novel and split by my first publisher). The Baen edition differs in a lot of ways from the Belmont-Tower one. I translated the story into English for Baen, having learned a few things along the way. Poul Anderson did the same kind of thing with his early novel, THE BROKEN SWORD.

Just how thick does a writers skin have to be to handle the criticism of your work? Does criticism ever bother you anymore?

You do need a thick hide. The Internet, of course, makes it easier for the trolls to come out from under their bridges. Some people will like you; some won’t. If you can’t live with the idea that part of your audience will always think you’re an idiot who should have been completely illiterate instead of just mostly, you’re in the wrong racket.

What Harry Turtledove projects can your fans look forward to in the near future?

Coming this summer from Del Rey is Fallout, the second HOT WAR book,set in a world where the Korean War went nuclear. I’m about 2/3 of the way through with the third one, whose working title is ALL THE KING’S HORSES. Coming next year from Tor is an alternate history called GOD WILLS IT!, set about now in a world where Islam developed science, technology, and enlightened government and Western Europe became a cultural backwater dominated by fanatical religious obsession. I hope it will raise a hackle or two.

Harry Turtledove lives in Los Angeles, California, with his wife, the novelist Laura Frankos. He is a winner of science fiction’s Hugo Award and of the Sidewise Award for alternate history.  Having been dubbed “The Master of Alternate History”, he has been credited with bringing alternate history into the mainstream

2 Responses to INTERVIEW WITH HARRY TURTLEDOVE