Thank you Wendell for helping to promote Legends of Windemere: Beginning of a Hero, which will now be available for free.

Guest Post: Keeping the Humor in an Evolving Fantasy Series

Looking back at the first book of my series, I’ve
picked up on how it’s become darker. Yet there’s still some humor in there to prevent things from going entirely over the edge.

When Luke Callindor’s adventures started, he would stumble into comical situations and there was a joking comradery with his friends. This was definitely a lighthearted YA romp full of action and amusement. Beginning of a Hero had some emotional and semi-dark events, which usually involved the Lich or the Hellfire Elf. Still, even the bad guys had the occasional moment of levity. The book was definitely a different beast than the later ones.

I’m not sure when things changed so much, but I’m pretty sure it can be blamed on a certain villain showing up in a later book. When the bad guys reach a new level of brutality and menace, it gets harder to fit humor into the story. Though it isn’t impossible. Many people use humor to handle stress and make it through dark periods. It’s a defense mechanism that not everyone agrees with. Think of the person who chuckles at a funeral instead of crying like those around them. Many will perceive that as rude when it could just be the person’s kneejerk reaction to stress.

Humorous events can happen more when a character is in a group like Luke and the other champions. This is made even easier when you have a few that make it their mission to keep their friends smiling. Sari the gypsy is always trying to keep things light and then there is Fizzle the drite whose innocence is a source of laughs. The others have their moments with some friendly ribbing and sarcasm when things go wrong again. Giving the heroes a combination of frustration and acceptance in the face of unexpected obstacles helps lighten the mood of some scenes. For example, Luke or Nyx groaning that there’s always a waterfall when doing a river battle can prevent a dark mood from taking over completely.

It’s been a big decision to step away from the lightheartedness and make the path harder for Luke and his friends. I was tempted to do just that until I realized the villains wouldn’t mix well with that type of story. Humor has always been one of my favorite things to add into my stories and I had to use less of it to make the pieces fit. I found spots to put it though like the downtime between actions scenes or if a hero decided to mouth off to a villain. Have a little slapstick in a fight or a plan goes so humorously wrong that the reader has to smile a bit. Though I admit my favorite tactic is the dry wit where a character slips a snarky comment into a conversation.

Will the humor stay until the very end? I don’t know. Seeing where the series is going, it’s going to be much harder to fit many laughs into the scenes. Still, I’m up for the challenge and may have to read the early ones again to remind myself of where I’ve been. With the first book now being free, it’s even easier to . . . yeah that plug was forced and shameless. Sorry about that, folks. Couldn’t resist, but really should have.

Grab Beginning of a Hero for free!

Don’t forget to mark it as ‘To Read’ on Goodreads too! 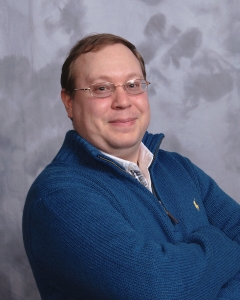 Charles Yallowitz was born and raised on Long Island, NY, but he has spent most of his life wandering his own imagination in a blissful haze. Occasionally, he would return from this world for the necessities such as food, showers, and Saturday morning cartoons. One day he returned from his imagination and decided he would share his stories with the world. After his wife decided that she was tired of hearing the same stories repeatedly, she convinced him that it would make more sense to follow his dream of being a fantasy author. So, locked within the house under orders to shut up and get to work, Charles brings you Legends of Windemere. He looks forward to sharing all of his stories with you and his wife is happy he finally has someone else to play with.

Don’t Miss Out on Any of the Legends of Windemere!!!

BEGINNING OF A HERO

ALLURE OF THE GYPSIES

CURSE OF THE DARK WIND

SLEEPER OF THE WILDWOOD FUGUE

THE MERCHANT OF NEVRA COIL

This entry was posted in Author Spotlights, Guest Post and tagged Allure of the Gypsies, Beginning of a Hero, Beginning of a Hero free, best self published fantasy, best self published YA fantasy, Charles E Yallowitz, Charles E. Yallowitz Guest Post, Curse of the Dark Wind, Family of the Tri-Rune, Legends of Windemere, Prodigy of Rainbow Tower, Sleeper of the Wildwood Fugue, The Compass Key, The Mercenary Prince, the Merchant of Nevra Coil. Bookmark the permalink.