A short explanation of my picks first.  Basically, I’ve tried to select those characters which I do not like; their actions, decisions, and life view are completely adverse to mine.  You know, the kind of people that in real life I’d love to run over with my car.  But — for different reasons — I love to read about in books, even though I still do not like them. 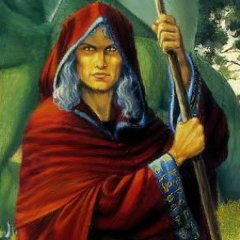 I have to start with Raistlin since he epitomizing  exactly what this list is all about, because no one is a better example of what I mean when I say “Characters I shouldn’t like to read about but I do.”  Honestly, everything about Raistlin I hate: his arrogance, his treatment of his friends and loved ones, how he uses everyone around him, and his constant biting tongue.  In real life, I’d probably try to punch the guy out, but in the Dragonlance books, he was by and large my favorite character.   I don’t understand either. 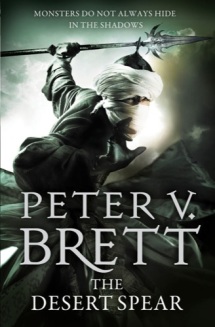 After The Warded Man, I basically hated this guy; he was the classic villain whom I could spew out all my anger upon.  But then, in The Desert Spear, Mr. Brett allowed me to follow along behind Jardir from his early life, showing me his motives, making me understand his view of the world, and revealing to me that there was far more to this guy than just one dimensional villainy.   I still hate the guy, don’t get me wrong.  However, now, I find I have to admit he is more grey than black, which really annoys me since he made just a great target for all my built up angst. 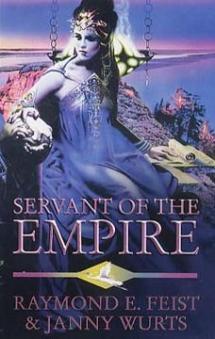 8. LADY MARA OF THE ACOMA

This ruling lady is one of the most realistic, developed females in fantasy literature.  She is intelligent, cunning, dedicated, and beloved by her people; her story one of horrible troubles and tragedies as well as brilliant coups and triumphs.  Yet … I don’t like her as a person.  Now, some of that is probably due to her culture, where slavery is a part of every day life, certain people are more important than others, and duty is far more important than love, but at least, some of my dislike is probably because of her amazing political suave.  Yes, her plans are mesmerizing in their complexity and their  outcomes, but she casually uses anyone and everyone to obtain her desired outcome.  Great politician she might be, but a nice person?  Nope, not so much. 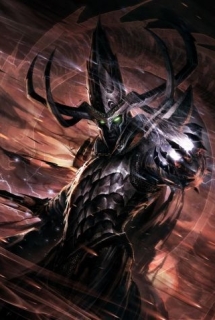 There really isn’t a lot to like about this guy.  He leads the most twisted, despicable race of elves ever written about, wages an eternal conflict to conquer his former people who refused to make him their leader, and ahtes pretty much everything.  It really is hard to find much good in this armor encased sociopath, but somehow, I enjoy reading stories about him, especially ones like Malekith, where you get a close look at his feelings and motives as well as the fact that his fate might not have been in his own control due to the actions of his father.  Nope, his absolute evil isn’t justified, but it does make good reading. 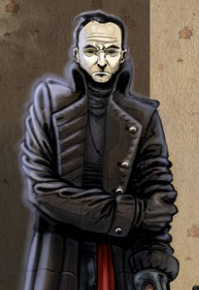 This centerpiece of the grimdark classic The First Law is a man with a horrible past whose current state of living almost totally explain his vicious and sadistic behavior.  Almost.  And while I didn’t love The Blade Itself, what I found myself looking forward to as I flipped the pages was the appearance of Glokta, who never failed to entertain me – a fact which I am equally embarrassed and proud to admit.  Sure, he is bloodthrist, demented, and willing to take pleasure in the bad luck and horrible ends of others, but he can’t be all bad, right?  Well, he might be, but I do rather look forward to continuing his story in the future. 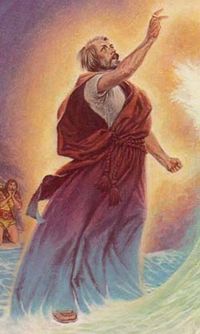 This leper is someone who has annoyed the hell out of me and inspired me in equal doses for most of my life.  I mean, how can a guy who has learned to live with leprosy be so absolutely whiny and uncaring toward other people?  You would think the whole experience of almost dying or being disfigured would have softened his heart toward the problems of others, but no, in his first trilogy, he hates everyone, does the most heinous things, and hides behind the thinnest veil of unbelief.  Okay, he gets better in the next trilogy, but TC is still such a sour, whiny guy that I hate to admit that I enjoy reading about him.  Whenever Donaldson puts out a new Covenant book I read it though. But I don’t have to like! 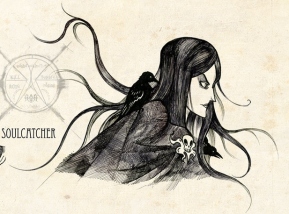 The Black Company is probably on par with Lord of the Rings as my favorite fantasy series, and I readily admit that I adore most all the characters portrayed in it.  One which I sometimes find myself ashamed for loving, however, is Soulcatcher.  This sorceress supreme is such a vile, backstabbing piece of work that I’m always amazed I find her so interesting to read about.  But I do.  Read what you will into that fact.

Tom Hiddleston has done such an amazing job portraying this classic character in the ongoing Thor movies as well as the original Avengers that many people forget this god has been around for a long, long time.  I first became a fan from reading Walt Simonson’s famous run on Marvel’s Thor from the 1980s.  Nor sure why, but Loki’s vicious, diabolic cunning coupled with a perverted sense of familial love always drew me in and made me sit back and enjoy.  Don’t assume from that admission that I like this god, because I don’t.  In fact, I hate him and wonder why Thor doesn’t take care of the problem permanently, bu then Loki sucks me back in like the trickster he is and I understand.  Truly, Loki and I have a very complicated relationship.  Perhaps some of you understand where I’m coming from. 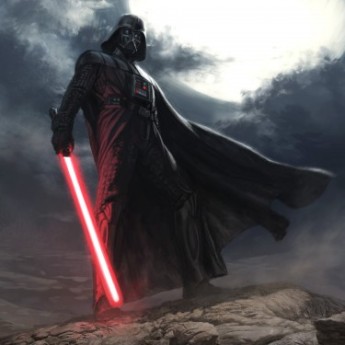 All non-Star Wars fans out there can mock me as much as you’d like, but Lord Vader has been a character I have loved and hated since I was a seven year old kid watching A New Hope for the first time.   I mean, a vicious Sith who still struggles with the remnants of the good man he use to be.  George Lucas definitely got it right with this guy.  So every time Vader exhibits any remorse or angst at his life decisions I want to love him, but, of course, if I said so to him he would force choke me.  Hence the reason I have a love/hate relationship with Darth Vader. 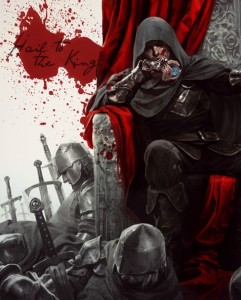 Was there every any doubt who was going to be number one?  For frequent reader of my blog that is.  Probably not, because I never deny both hating Jorg yet loving to read about him.  Whether it be his philosophical musing or his sociopathic behavior, I always find Mr. Lawrence’s Jorg stories must reads.  They entertain me, shock me, and slap me in the face.  Yeah, the trilogy is over, but we still get back stories ever now and again, and though I’d love to see a “good” guy (though who the hell that is in The Broken Empire I don’t know) get the best of Jorg in one of these, I’ll settle for seeing our Ancrath get his sociopathic groove on.