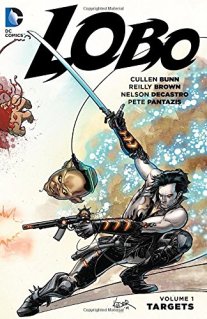 I first discovered Lobo in an issue of my favorite sci-fi comic of the time, Omega Men(Vol. 1 1983-1986.) Yeah, he had funny hair and a ridiculous leotard costume, but you just got the vibe that he was a total badass. So much so that I considered myself fan (though it was a closely guarded secret due to his stupid look) until his persona started to be revamped in Justice League International and L.E.G.I.O.N. back in the late eighties. 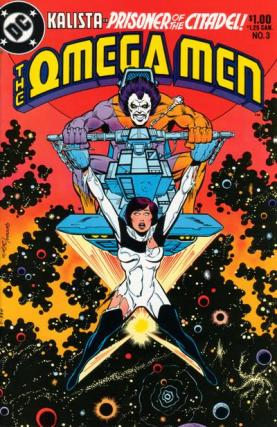 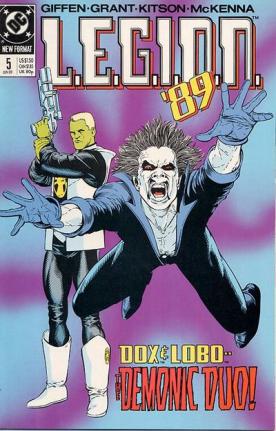 Fast forward to 1990, Lobo: The Last Czarnian hit the stands, helmed by Keith Giffen (plot), Alan Grant (writer), and Simon Bisley (art). This new “Main Man” jumped off the pages as a caricature of all the tough guy, ass kicking, smack talking comic characters of the day. With his dreadlocks, biker gear, skulls, chains, and space hog, this new Lobo went around killing people at will, including every other member of his species. And it was all good fun. Violent fun obviously, but with a demented touch of grizzly humor in it all. 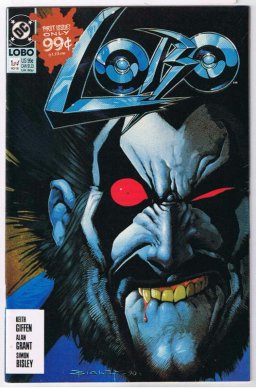 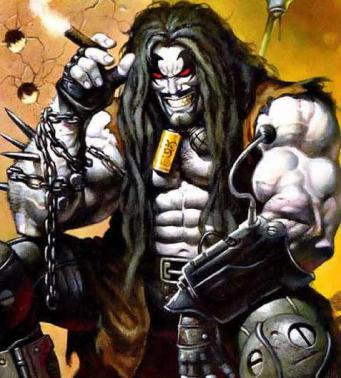 Since that mega mini-series, Lobo has popped up all over the place since. For twenty-five years, he has kicked the hell out of all comers. Superman? Check. Santa Claus? Check. Lobo? Yeah, he even killed his own ass. But the powers that be over at DC Comics felt The Main Man needed a fresh start; a reboot if you will. And since it is Lobo, you gotta do that in classic morbid style. 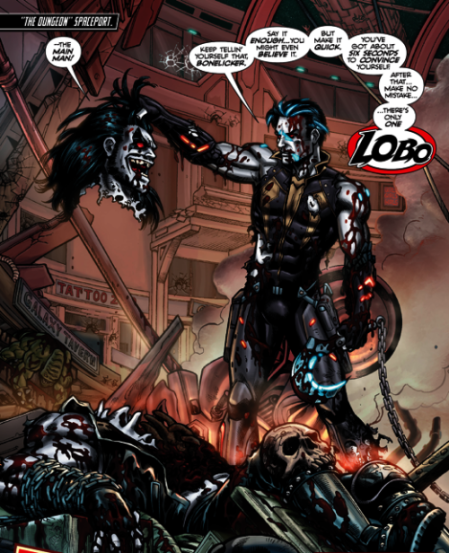 You gotta admit that is a damn good way to reboot Lobo. A classic send off to the Main Man. And wham-bam, the cool, collected sci-fi bounty hunter from back in the 1980s is reintroduced to the reading world. The guy who didn’t waste time talking crap, he just did crap . . . usually of a not so nice nature to his intended targets.

And this comic collection is all about the clean cut Lobo going about his business. Sure, his back story is retold through flashbacks. Yeah, that past might make him less of a wild, lunatic killer and more of a sympathetic figure, but this new Lobo is still all business. His thought process going something like this. “I’m suppose to kill Bob; Bob is gonna die. If anyone gets in between me and Bob – including my supposed allies – they are gonna die too.” The dude is methodical and relentless. I definitely know I wouldn’t want him looking for me, I can tell you that for sure.

But the story did have missteps. Not in the art department, because Jack Herbert does an outstanding job on the comic, but in the story department, because there really isn’t anyone that matters in this narrative other than the new/old Lobo. Everyone else is pretty much window dressing for him to slice and dice, explain away his fate, or very coolly hold in contempt. And while that is fine for a comic or two, it doesn’t work for a whole story arch; I mean, there has to be something interesting about the main character other than he is a ruthless killer, right? Laughter. Angst. Something. Here there isn’t anything else really.

Does that mean I didn’t enjoy this reboot of Lobo?  Naw, actually I liked it. As an old school guy, I’ve seen this character morph several times over the years.  It never upsets me, cause I just roll with the punches, I guess.  Look for the bright side and all that other fragging crap.  And let’s face it, since I was a closet fan of the early 80s Lobo, this take on him is more similar to that version of the character than the recent versions, so it’s like going back to middle school for me, which isn’t as bad a place to be as I thought back then. So, yeah, I understand why people don’t like this one, but I’m not among them.

Now, I realize I’m in the minority in my acceptance of the new Lobo. Most fans hate this New 52 guy. But if we asked him what he thought about all the fan boy hate, I think he’d sound eerily similar to our favorite dreadlock Main Man.

Wait I think I hear this new guy talking now. “So to be the Main Man you gotta beat the Main Man, huh?  Well, I cut his fragging head off. So whose the Main Man now? Me! You don’t like that . . . 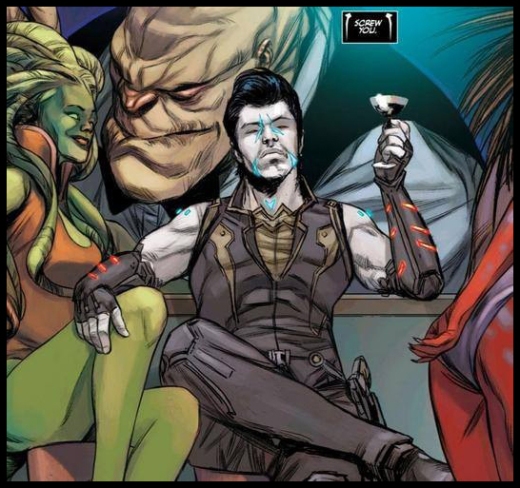