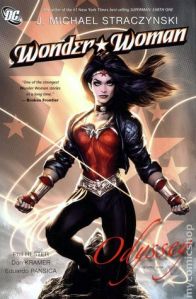 Okay, I have to be honest here: I don’t consider myself a diehard Wonder Woman fan. 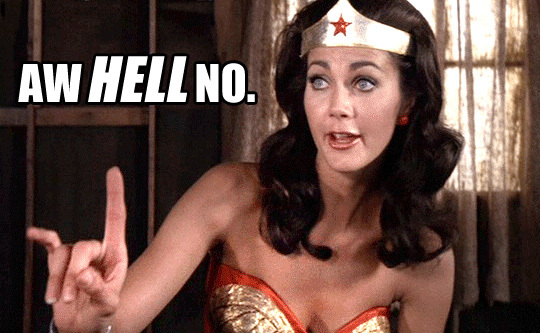 Hold on with the nerd-rages, okay. All I’m saying is that – while I’m a long-time fan of Diana – I didn’t come into this one having any preconceived notions about what the creative team could or could not do. I was cool with whatever – as long as the re-boot was well-thought out, had an interesting story, and treated this iconic hero with the respect she deserved.  Sure, I’d read less-than-stellar reviews about this series, but I was willing to give Straczynski the benefit of the doubt until he showed me my trust was misplaced.

Well, after finishing this one and simmering on it for a while, I have to say I like it – with a few “buts.”

Straczynski definitely goes for the total reboot of Wonder Woman here, breaking completely from the previous continuity; though he doesn’t try to pretend that the old Diana never existed, but weaves her different incarnations into this tale.  As for this new princess, she is much younger, seemingly embroiled in a strange time warp story (It does explain why she has changed so much from issue to issue), and senses that something is wrong, though she doesn’t know exactly what that is. There are more than a few exotic beings, strange Amazonians, and shadowy enemies inhabiting the pages, setting the stage for this inexperienced Wonder Woman to strut her stuff as she unravels a world spanning mystery.

As for the art, it was a mixed bag to me. It started off great, capturing the look and excitement of this new Wonder Woman, but then became inconsistent: great one page, mediocre the next, and downright awful for two or three. A problem that really sucked some of the fun out of the story for me.

My main complaint with Wonder Woman Odyssey Volume 1, however, was the lack of strong supporting characters: heroes or villains. The story is so focused on this new Diana that no one else has time to shine – at all! Even the mysterious villain at the end wound up more “meh” than cool.

But the thing that I really liked about this collection was something surprising: the new costume! 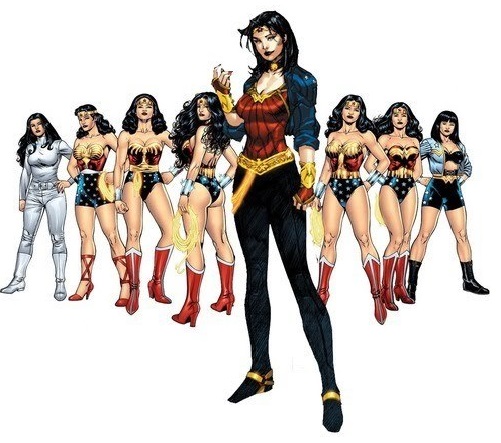 Okay, I admit it is a big departure from prior costumes. And I know lots of people hated this reboot specifically because the star spangled one piece was jettisoned, but I don’t really see it.  I mean, the classic Wonder Woman costume was iconic, I suppose, but the thing was SO unrealistic. How could she fight in it? How could she be comfortable fighting in it? How could things not fall out while she was fighting in it?  And if a one piece is good for Wonder Woman, why not everybody? 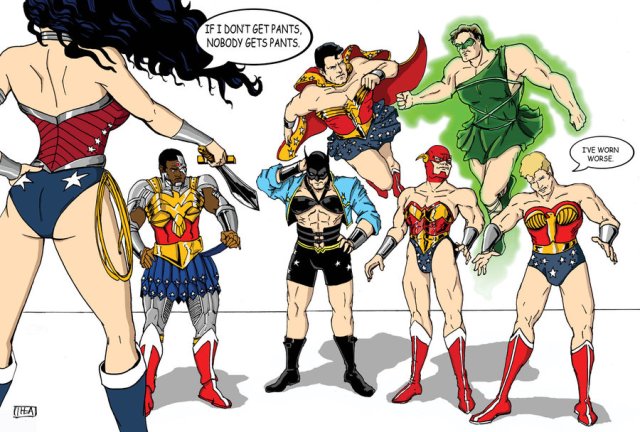 Anyway, for what it is worth (All these years later), I thought part one of Straczynski’s reboot was a good read. The story was entertaining with some nice twists and turns; the art was adequate if inconsistent; and the costume was a great look for Diana, conveying that this new Wonder Woman would kick your ass and take your name down later. Dare I hope DC brings the black leather pants back in the next reboot?

Buy the collection at Amazon.