STAR WARS: LORDS OF THE SITH by PAUL S. KEMP 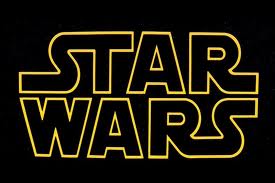 EPISODE III (and then some)

The Empire reigns supreme in the galaxy.
With an Enlightened Emperor upon the throne
and his Enforcer Darth Vader beside him,
who would dare to oppose the mighty Empire?

On Ryloth, one groups does dare to resist.
Led by an idealist named Cham Syndull,
these freedom fighters battle on, determined
to rid their world of the Empire.

When spies report the visit of both the Emperor
and Vader to Ryloth, the rebels plan a daring
assault to rid the galaxy of the Sith disease forever.
But is their strike a surprise, or has the Emperor
already foreseen it and planned accordingly!

After a lifetime of watching and reading Star Wars, it takes a lot for a new Star Wars story to really impress me, but Lords of the Sith did just that. Without a doubt, it is not only a great Star Wars story, but a great space opera period, brimming with non-stop action, intrigue and enthralling characters. A book that every Star Wars fan and every fan of high flying action and adventure tales should give a try immediately! 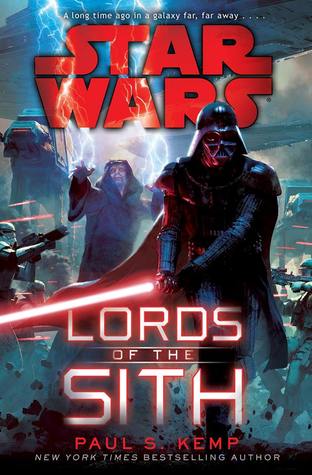 The story itself is – at its core – a familiar one of a group of rebels (This time on the planet Ryloth.) attempting to fight back against Imperial occupation and oppression. Upon this world of “spice,” the idealist Cham Syndull has built up a highly effective and successful rebel cell; they routinely commit terrorist attacks upon their occupiers and have slowly wormed their spies into the very heart of the Ryloth Imperial leadership. Through this network of informants, Cham is told that the Emperor himself will be making a “secret” visit to Ryloth to make sure nothing stops the spice from flowing.

Such an opportunity to catch the Emperor away from his nigh impregnable fortress upon Coruscant is too good to be true for the Ryloth rebels. And while Cham has some misgivings about attempting to assassinate Palpatine himself, ultimately, the chance to strike such a resounding blow to the Empire is too tempting to resist, and so the rebels concoct a daring plan to unleash every weapon in their arsenal at the Imperial leader, determined to cut the head from the Imperial snake and watch it wither away!

But how does one surprise a Sith Lord who can foresee the very future?

It is damn hard. And even as Palpatine and Vader (Did you think the Master would undertake such a mission without his apprentice?) embark upon a super star destroyer to journey to Ryloth, the Emperor seems to already guess what is about to transpire, yet has some secret purpose for the trip; a purpose that revolves around his apprentice Darth Vader, especially the “goodness” and “regret” that seemingly still haunts the dark enforcer and limits his Sith powers.

From this beginning, Mr. Kemp weaves a thrill ride of action and adventure that never slows down. One chapter will see nail biting espionage; the next chapter will detonate with space battles; and the next will dazzle you with Sith mind games and displays of awesome power. Each stage of the journey building on the next like a roller coaster ride, slowing up slightly for a bit of character development or interaction before taking your breath away with the next sudden drop or hill climbing tension.

And throughout all the space opera fun, Mr. Kemp does something few Star Wars writers have succeeded at: Make Darth Vader’s inner turmoil believable and memorable. Too many stories just get it all wrong in my opinion, portraying Vader as a Sith killing machine, fully in lockstep with the dark side of the Force and his Master’s will; a state of being that doesn’t ring true with Episode VI’s revelation of Vader as a flawed Sith, who harbors sentiments of “goodness,” or the true Sith master and apprentice relationship of wary co-existence and inevitable confrontation. But in Lords of the Sith, Kemp finds the sweet spot among all those divergent things, painting Vader as a powerful Sith, fully powered and coldly efficient, but one who harbors a sliver of unsuppressed innate goodness, fondness for old friends (even the old Chancellor Palpatine), and wariness toward a Sith Master, whom he fears more than idolizes. It is a classic portrayal of Vader that really is one of the very best in my humble opinion.

If I had to criticize anything about the story, I’d probably say that the last few chapters of the book did tend to drag a bit, especially the Emperor and Vader’s joint fight underground, but even those slow portions of the book were filled with many interesting bits of characterization and interactions between major characters which made up for a decrease in the tempo. So even this quibble of mine is only a minor one.

All in all, I have to admit that I really loved this novel. It was everything I look for in a Star Wars novel: fun-filled action, riveting space battles, Force amped Sith strutting their stuff, and interesting characters. Kemp delivered big time with this one, and he is now one of my favorite Star Wars writers. Applauds for you, Paul Kemp, and may the Force be with you – as you write your next Star Wars novel. (I’m using an old Jedi mind trick on you there, Mr. Kemp.)

Del Rey Publishing and Netgalley provided this book to me for free in return for an honest review. The review above was not paid for or influenced in any way by any person, entity or organization, but is my own personal opinions.

8 Responses to STAR WARS: LORDS OF THE SITH by PAUL S. KEMP