WITCHES are special and probably at least the equal of WIZARDS.

This has to be a fantasy list that could stretch out for pages, right? Well, let us see who I nominate as the best fantasy witches of all time. 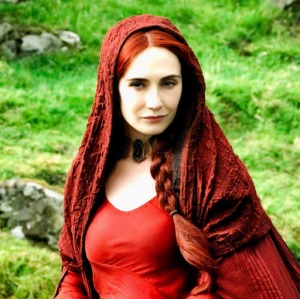 MELISANDRA OF ASSHAI – SONG OF ICE AND FIRE by GEORGE R.R. MARTIN

Melisandre, often referred to as The Red Woman in the Game of Thrones television series, is a priestess of R’hllor and a Shadowbinder, hailing from the eastern city of Asshai. Born a slave in Essos, she rose through the ranks due to her powerful magical abilities – including the power of prophecy. Ultimately, she joins the entourage of Stannis Baratheon, believing him to be Azor Ahai reborn, a hero destined to defeat the Great Other, who is the sworn enemy of her god. Beautiful, deadly, and powerful, Melisandra is a witch that must be tops on this list. 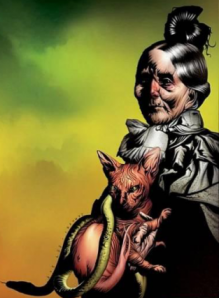 RHEA OF THE COOS – THE DARK TOWER by STEPHEN KING

Rhea Dubativo, more commonly known as Rhea of the Cöos, is a witch who makes Roland Deschain and his friends time in the town of Hambry one they will never forget. During her appearance in Wizard and Glass, this vile witch lives on Cöos Hill outside of town with her two mutant pets, Ermot and Musty, takes John Farson’s “Bend o’ the Rainbow” for safekeeping before becoming “glammered” by Maerlyn’s Grapefruit, and is a hater of Susan Delgado, who is the love of Roland’s short life. Ugly, spiteful, and a trickster, Rhea is a witch that Roland nor I will ever forget.

I know technically Moraine is an Aes Sedai, but the slang term for them by their enemies is “witches,” so I am going to include her on this list. The Aes Sedai who tracked down the Dragon Reborn, faced down more than a few of the Forsaken, and ultimately played a major role in the epic quest to reseal the Dark One’s Prison is one badass Aes Sedai, if there ever was one. Add to this her cunning, intelligence, grace, and beauty, and Moraine is a “witch” that even I found myself liking – but unlike Rand, I never trusted her. 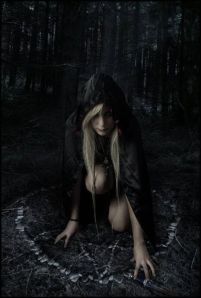 When I read Hounded, it was my first foray into the urban fantasy genre. (Yeah, I know I’m behind the times.) And while Atticus O’Sullivan and Oberon were definitely the stars in this one, I have to say that these two witches and their diverse personalities and behavior really livened the book up a bit. Celtic gods and goddess are cool, but there is nothing like some devious witchery to liven up an urban fantasy. Wow, I’m starting to sound like an urban fantasy aficionado.

Marika is the star of this little known series by Mr. Cook. She starts off as a young pup (Yeah, these people are not Western civilization humans) living in a very primitive tribe on the fringes of civilization before the cannibalistic northern tribes invade. From this point, Marika becomes introduced to the deadly Silth, who are female witches that can deal death with their minds and who rule over the whole world, and begins her rise to the legendary status of Doomstalker! Great series filled with fantasy and science fiction elements, but which never stops focusing of this race of witches! 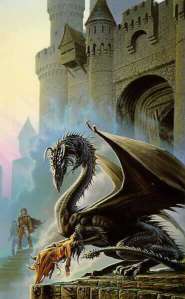 This half-trained hedge witch from the Winterlands accompies her significant other, John Aversin, to the southern empire that abandoned their land years before to kill a mighty dragon. Jenny is a woman of learning, who is committed to John but longs to reach her true potential as a witch. However, when the opportunity is presented her, she finds that sometimes its not so easy to make the right choice. Jenny was a great witch: smart, funny, dedicated, loving, skilled, and understanding, but she was still a hedge witch, which means that she might not be completely trustworthy.

THE WICKED WITCH OF THE WEST — THE WONDERFUL WIZARD OF OZ by L. FRANK BAUM

Yeah, I had to add this one to the list.

During my childhood (long ago in the 1970s) witches generally brought to mind this green-faced lady from the Land of Oz. Honestly, I cannot remember how many times I’d wake up from a childish nightmare and be afraid because this cackling lady had been chasing me on her broomstick.

So for that reason as well as the fact the Wicked Witch of the West is such an iconic figure, I couldn’t make a list of the best fantasy witches without at least paying my respects to her.

Who are your favorites?