SHAPESHIFTING is frequent among both WERES and MAGIC USERS. The usual form taken is that of a WOLF, but lions, eagles, serpents, owls, and cats are common too. In all cases the rule is that the shapeshifter cannot stay too long in animal form without actually becoming that animal.

Nothing like some good fantasy with shapeshifting going on. Unfortunately, it appears that I have not read as many of those as I originally thought I had, but have no worries, because I still found a few for the list. 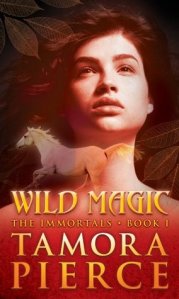 Pierce’s Immortals quartet, which begins with this novel, revolves around Daine, a thirteen-year-old orphan. This young lady gets a job helping the royal horse mistress drive a herd of ponies to Tortall. Unbeknownst to everyone, however, is the fact that Daine has a secret that she is attempting to keep; a secret that she has a talent for speaking to animals, and they not only hear her but they listen to her as well. Once Daine’s attempt to hide her growing talent is discovered, she finds herself dealing with a powerful, shape-shifting mage called Numair, who becomes not only her instructor in the “wild magic” but her initial guide into understanding who and what she is as well as what her future should hold. 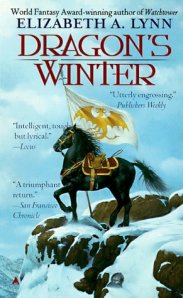 DRAGON’S WINTER by ELIZABETH A. LYNN

This is a standalone fantasy novel in the classical tradition, which means there are good guys and bad guys perfectly delineated for you to root for and against. Here the queen-mother births royal twins. A joyous occasion except for the fact that the delivery kills the queen due to the blessing (or curse if you’d prefer) of one of her sons. For the eldest twin boy is no ordinary child, having been gifted with the ability to shape-shift into a dragon, and for this reason, he is called the Dragon-born. The other twin brother is perfectly normal, though he does not see this as a blessing and longs for his brother’s dragon form. Once the twins reach manhood, they inevitably clash over who should be Dragon-born and have the right to rule the kingdom. 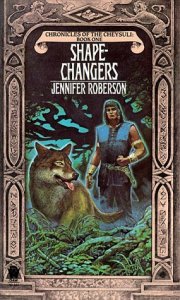 CHRONICLES OF THE CHEYSULI by JENNIFER ROBERSON

This series is about a people called the Cheysuli who are shapeshifters, having the ability to turn into whatever animal they are “bonded” too. While the story mainly focuses on the fulfillment of an ancient prophecy regarding the return of the Cheysuli kings of old, the abilities of the Cheysuli are shown throughout with some characters being more gifted in this ability than others.

Those are all the “Shapeshifting” fantasy stories that I could find. Please let me know what I missed. 🙂