THE BLACK FORTRESS by JIM MELVIN 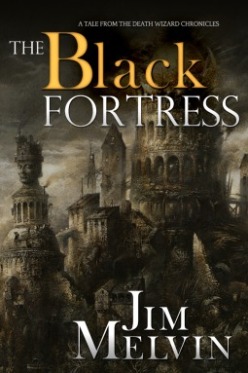 The Black Fortress by Jim Melvin

That was the thought I continued to have as I read this short story. Even when I finished, I still could not push aside this nagging feeling. After a few days of soul searching, I believe I have discovered what was missing: suspense. Let me explain what I mean.

This story starts off well enough. (Those who read my reviews know I really like a good beginning.) A brave warrior from Nissaya journeys into the fierce desert of Tejo to beg aid from the mysterious Tugars. Of course, the Tugars find him, take him through the magical vortex of winds called the Simoon into their hidden tent city of Anna. Once there, our messenger is taken into the presence of King Torg, who hears his pleas for help. For help is urgently needed at the Black Fortress of Nissaya, for a might army of monsters has besieged it lead by a terrifying Stone-Eater called Slag. If help doesn’t arrive soon, the mighty citadel will fall and all the free folk behind shall be destroyed. Of course, Torg agrees to help, deciding he shall lead a small striketeam (My term not the authors) to the fortress while his main army gathers and comes behind.

Story sounds fine so far. Perhaps a bit Tolkienish, but I can overlook that: I still love reading those chapters in LOTR where the Rohirrim ride to the rescue. However, what follows after this initial setup is what we old school, 80s kids use to call the Krull quest.

What is the Krull quest?

Thank you so much for asking.

Krull was a heroic fantasy-scifi movie from the early 80s. 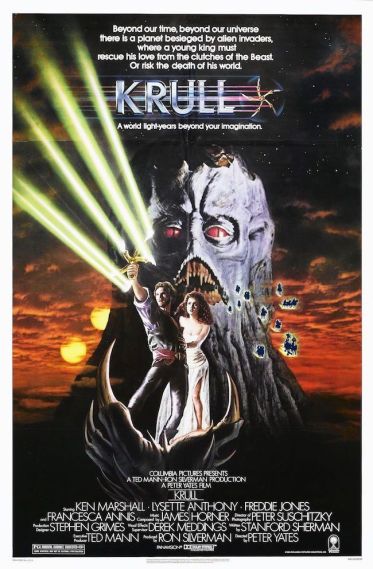 The story is basically that the planet Krull is invaded by an extra-terrestrial called “The Beast” and his army of “Slayers,” who travel the galaxy in a mountain-like spaceship called the Black Fortress. (I swear I’m not making this up.) In order to save their world, Prince Colwyn and Princess Lyssa attempt to marry so as to unite their two kingdoms, hoping their combined power can defeat the Beast. Unfortunately, the Slayers attack the castle during the happy nuptials, kill the kings, destroy the two kingdom’s armies, and kidnap Princess Lyssa. Naturally – because we couldn’t have had a movie otherwise – Colwyn survives and begins a guest to save his almost wife. And so is born the Krull quest.

Just wait I’m getting to what a Krull quest is.

If you haven’t watched Krull, what happens after Colwyn begins his quest is a non-stop series of quest after quest. Colwyn braves a fiery mountain to obtain a magical glaive, locates the Emerald Seer to divine the location of the Black Fortress, goes to the Widow of the Web for more help, and has to tame the Fire Mares for mounts fast enough to get to the Black Fortress. By the time, poor Colwyn actually gets to the Black Fortress he is so tired from all his quests that he just kills the Beast. Wham bam it’s over man. No buildup or suspense, just I’m here now get out of the3 way I gotta kill the E.T. man. The Krull guest.

And that, my reader, is what is wrong with The Black Fortress. King Torg just travels around doing this and doing that, and there is no suspense, just quest after quest. Torg shows up here and decides I really need to go here. Boom, he has a magic horse named Bhojja, the jade mare, who gets him there in time to save the day. (Yeah, it seems a lot like Shadowfax.) But Torg really needs to be there to do this. No problem, he is there and single handedly takes care of it. But there is still Slag and the monster army. Torg has got it. He shows back up, is tired from all his daring do, and just finishes it. Wham bam it’s over man. Krull quest.

So anyway, the book is okay, just like Krull the movie was okay. Not anything I can highly recommend, but then again I have no emotional attachment to The Death Wizard Chronicles, which this is a prequel of. If I had read the actual series first maybe this book would have meant more to me. As it is, reading this short story basically made me not want to try the other books.

Buy the story at Amazon.

1 Response to THE BLACK FORTRESS by JIM MELVIN