Today, I’m excited to welcome Warren Hammond, author of such science fiction novels as KOP, EX-KOP, KOP Killer, and Tides of Maritinia, to Bookwraiths.  He has stopped by today to talk about his new project over at Hex Publishers: a multi-platform cyberpunk franchise titled Denver Moon, where he and his co-author Joshua Viola explore the dark underbelly of Mars.

WHY I WENT INDIE
(AT LEAST THIS ONCE)

How did Denver Moon start? For me, it started over a beer with Josh Viola, the owner of Hex Publishers. He was telling me the basics of a new story idea, trying to tempt me into joining the project. “We can write it together,” he said.

I’ve heard such proposals before and haven’t ever taken them seriously. It’s surprisingly common for authors to be approached by people who have great story ideas. The proposal usually sounds like this. “I have this awesome idea, but I don’t know how to write, so how about you write the book, and then we’ll split the proceeds?”

Authors learn early on in their careers to politely refuse such proposals. Even if the idea is indeed awesome, we know something the other party hasn’t learned yet: ideas are cheap. I know that sounds glib, but as earnest and well-meaning as such proposals may be, the ideas they bring really aren’t worth much. Ideas aren’t stories. They’re just ideas.
The real work comes when you try to grow that initial seed of an idea into an actual story, a book featuring compelling characters, tight prose, and a page-turning plot that twists and turns and eventually arrives at a satisfying ending. That’s where 99% of a writer’s energy goes. So, yes, the initial idea may be important, but in the book world, it’s really just the conversation starter.

But when Josh brought me his premise for a detective story set on Mars, it wasn’t so easy to dismiss. First off, Josh is a good writer, so I knew the writing burden wouldn’t land solely on my shoulders. Second, Josh is his own publisher, so if written, this story came with a solid guarantee that the work would be published. Needless to say, such guarantees are rare. “Okay,” I said after taking a sip from my beer. “Tell me more.” 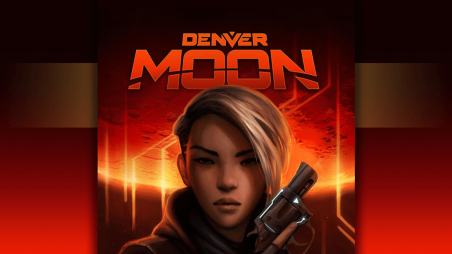 Most would call Josh’s company a small press or an independent publisher. Unless you count short fiction, I’d never done any work for an indie publisher, so I knew that if I decided to sign on, I’d be in for a new experience. Truth be told, to this point in my career, I’d always considered the option of working with an indie publisher to be tier two. Sure, I’d take one of my books to a small press, but only if I’d already struck out with the big-league publishers in New York.

The challenge for smaller presses has always been distribution. Thanks to online shopping and e-books, the game has changed quite a bit in their favor over the last couple decades, but for maximum reach, including brick-and-mortar bookstores, the odds are best with one of the big houses, which is exactly why I’ve always considered those publishers to be my first choice for novel-length projects.

That said, it’s a tough market to sell books no matter what publication path you choose. As nice as it might be to become rich and famous from my writing, the truth is it doesn’t happen for the vast majority of us even if we do land deals with the big publishing houses. The market is saturated with so many books (some say as many as one million get published in the United States every year), that even a great book will most likely get very little notice. In other words, if getting rich and famous was my only goal, I shouldn’t have become a writer.

So the question became, what might Josh’s Hex Publishers have to offer?

The answer was plenty. Josh wanted to start by writing a short story with the eventual goal of converting that story into a three-issue comic book series. He wanted to do a soundtrack. A series of novellas. PlayStation themes. Possibly a short story anthology. Josh wanted Denver Moon to be much more than a book. He wanted it to be a franchise.
This is where Hex Publishers has set itself apart. Josh has a broad skillset that includes marketing, graphic arts and video game design. He also has an eye for talent, and I’d already seen several works of art created by Aaron Lovett, so I was instantly excited to hear he would likely sign on to do the art for the Denver Moon comics.

The complete picture was a compelling one. Although the distribution channel with Hex Publishers was somewhat limited, the creative channels were wide open. What Josh was offering me was the chance to do a lot of things I’d never done before. A lot of things many authors never get to do.

Bottom line, it sounded like a hell of a lot of fun.

Two years later, we’ve accomplished many of the goals we discussed over that first beer. We also have a project or two yet to complete. After that, I don’t know what’s next…but I’m keeping an open mind. 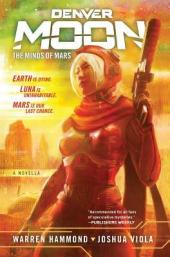 Twenty-year-old revelations force Denver on a quest for truth, but Tatsuo’s former friend, Cole Hennessy, leader of the Church of Mars, has other plans and will stop at nothing to keep Denver from disclosing Tatsuo’s secrets to the world.

Hellbent on reclaiming her grandfather’s legacy, Denver—along with her AI implant, Smith, companion android, Nigel, and shuttle pilot, Navya—set out on a quest to find the answers they hope will shed light on the church’s true agenda, the origin of red fever, and the mysteries surrounding Tatsuo’s tragic death.

“Take the Mars of Total Recall, the cybertech of Ghost in the Shell, the noir of Blade Runner, the action of Cowboy Bebop, and accelerate them to twelve times Earth escape velocity, then you will find yourself with the pure awesome joy that is Denver Moon.”

Denver Moon will be available in different formats.
The novella, Denver Moon: The Minds of Mars (paperback, hardcover and eBook) June 5, 2018
Comic editions (Floppy/softcover, and digital on comiXology) will be available on the following schedule:
– Issue 1: Murder on Mars – Available on comiXology Jan. 31 or in print June 5, 2018.
– Issue 2: Rafe’s Revenge – July 3, 2018
– Issue 3: Transformations – Fall 2018
Graphic novel, Metamorphosis, which contains the 3 comic book issues (Hardcover and digital on comiXology) – Winter 2018
Short story, Metamorphosis, which the stories are based on. (eBook.) – June 5, 2018
Soundtrack featuring Celldweller, Scandroid, and Blue Stahli with an original track by Scandroid.
PlayStation 4 dynamic theme – June 5, 2018. 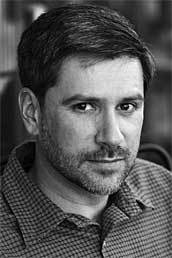 Warren Hammond grew up in the Hudson River Valley of New York State. Upon obtaining his teaching degree from the University at Albany, he moved to Colorado, and settled in Denver where he can often be found typing away at one of the local coffee shops. He is known for his gritty, futuristic KOP series from TOR Books. By taking the best of classic detective noir, and reinventing it on a destitute colony world, Warren has created these uniquely dark tales of murder, corruption and redemption. KOP Killer won the 2012 Colorado Book Award for best mystery. Always eager to see new places, Warren has traveled extensively. Whether it’s wildlife viewing in exotic locales like Botswana and the Galapagos Islands, or trekking in the Himalayas, he’s always up for a new adventure.

Purchase the books at Amazon