Posted on February 5, 2018 by Bookwraiths

It’s that time again! Time to highlight some of my favorite fantasy covers!

This time I’m just highlighting a few covers which caught my attention recently.  No real theme. I just really liked these covers when I saw them. In fact, several of the books are from series I’m familiar with and have no interest in reading, but I still need to give them love for the great eye-candy.

If anyone has read any of these book, let us know, because I’d sure we’d all love to know if they are actually worth giving a try.

A murdered mage. A legendary sword. A poet in peril!

The mightiest wizard of all time is dead, murdered by ambitious rivals who crave his power. Locked in his tower are the secrets to world domination. But the only man who can retrieve them is the son he never loved.

9. Shadow of a Slave

In the Known Kingdoms, Twins are killed at birth.

Ash and Rae have hide themselves from the Faceless Monks.  An order who’s apparent benevolent mission to keep the world safe, is a mask for nefarious intentions.

Purchase Shadow of a Slave

your best friend started a rebellion in the middle of a war?
your lover awakened a deep evil and helped it grow?
your people were too cowardly to face a battle?
you stole an ancient power source?
you gambled with the fate of the world? 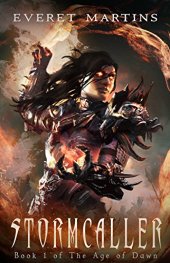 10,000 years have passed since Asebor was sealed during the first Age of Dawn, but the power binding this malevolent god has finally waned, allowing him to once again beat the drums of war.

The beginnings of the next scourge brushes the town of Breden, where Walter, son of elixir bean farmers, itches for adventure only to discover the harsh brutality of combat. 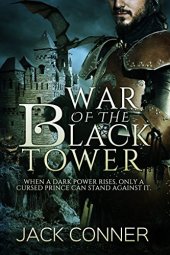 6. War of the Black Tower

When the dark rises, only a cursed prince can stand against it.

Baleron is the youngest son of the king of Havensrike, a land eternally at war with the sinister empire of Oslog to the south, ruled by the Dark Lord himself. Baleron, the black sheep of the royal family, longs to redeem himself in his father’s eyes, but when his sister is seized the thralls of the Dark Lord name Baleron as the Chosen One of their Master!

Purchase War of the Black Tower: Part One 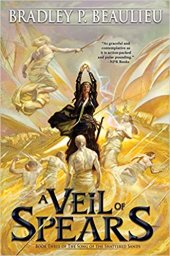 Since the Night of Endless Swords, a bloody battle the Kings of Sharakhai narrowly won, the kings have been hounding the rebels known as the Moonless Host. Many have been forced to flee the city, including Çeda, who discovers that the King of Sloth is raising his army to challenge the other kings’ rule.

Purchase A Veil of Spears 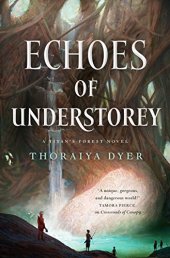 Raised by accomplished warriors and skilled healers, and being the sister to a goddess, Imeris always felt pressured to be the best fighter in Understorey. Yet during a mission to capture the body-snatching sorceress Kirrik, Imeris fails disastrously. With death on her conscience and in hiding from her peers, Imeris climbs up to the sun-kissed world of Canopy to learn new ways to defeat Kirrik. What she doesn’t expect is to be recruited in a Hunt for the Ages, against a terrifying divine monster that will take all of her skills to stop. 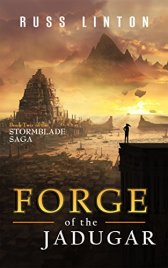 The Jadugar is scheming. Kaaliya knows the look in his eyes. When he proclaims himself Sidge’s sponsor for the pilgrimage, the royal court is in an uproar – a bugman elevated to the ranks of Cloud Born?

In Stronghold, Kaaliya delves into the Jadugar’s carefully held secrets. But when commoner’s tales and legends grace the sky, she embarks on her own journey only to find the past she is running from has finally caught up to her.

Purchase Forge of the Jadugar 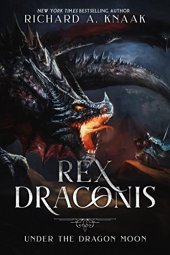 When the minotaur captain Rath and his fellow survivors manage to escape the piratical wheyr, they and others discover too late that something ancient came with.

Now, with humans and minotaurs on the brink of war, an uneasy alliance of characters must uncover the truth about an ancient war once again stirring, a war between two manipulative races using all others as their pawns… 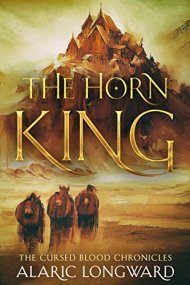 No man can defy the elven magic and might

But Gutty is only partly a man

An assassin with a grudge against elves is forced by his guild to go on a mission for one. As an atonement for a past failure, Gutty reluctantly agrees, and but is soon intrigued, despite himself. The elven lady is on a desperate mission to save her family, and offers Gutty what he has always coveted: The tale of his past!

Purchase The Horn King: Stories of the Nine Worlds