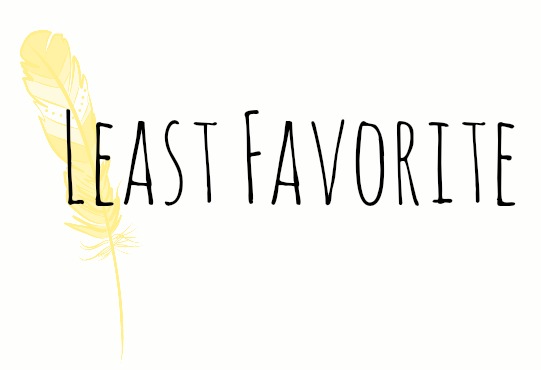 Well, it is that time of year again.  The end of the year to be exact.  The time when we all look back at the twelve months in the rear view mirror and reflect on the highs and the lows, the good and the bad.  Sure, I hate picking my Least Favorite Fantasy Books in 2017, but you can’t appreciate your favorite books without contrasting them with those you did not like as much.

Does that mean I’m saying the novels on this list were not good, had bad characters, or were boring?  Not necessarily.  It merely means I did not enjoy these picks as much as I wanted to, or to phrase it another way, they highly disappointed me in some way or another.  So please take this list as my own personal experience with these novels, not a critique of their worthiness for your reading attention.

I was very excited to start this fantasy.  It sounded amazing.  A cabal of magic users who are known collectively as the Halls of Law.  Strong female protagonist.  An invasion which throws The Faraman Polity (an empire) into chaos.  Paranormal outcasts who live underground.  Our protagonist and her companion attempting to outpace pursuit, gather up allies and find a surviving member of the royal bloodline to put back on the throne. Unfortunately, the main characters never grasp my attention, and after reading about fifty percent of the novel, I abandoned it.

I desperately wanted this to be a great book.  Having followed the series up to this point, I had mixed feeling about the trajectory of the story.  Definitely, the concept of a strange world with dinosaurs and dinosaur knights amazed me and left me craving more, and the first two books even had flashes of intriguing storytelling and compelling characterization, but the narratives always failed to hold my attention from first page to last.  So The Dinosaur Princess needed to really grip me, mesmerize me.  It didn’t, turning into a rather pedestrian fantasy that was merely okay.  Huge disappointment. 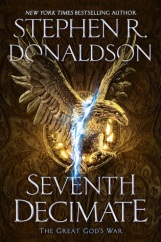 As a lifelong fan of Stephen R. Donaldson, this was one of my must reads for 2017.  My excitement for the author beginning a new fantasy series set the bar really high for this one.  And, to be completely fair, it was an okay read, just not the great one I was expecting.  If I had to point to one key element which caused the book to fail to live up to expectations, I would look directly at the main character, who was more annoying in many ways than Thomas Covenant ever dared to be, and the fact I feel this way makes me pessimistic about my continued interest in this series.

Huge fan of Mark Lawrence’s previous grimdark offerings.  Sure, I have my favorites and least favorites, but, overall, I have always loved more of his works than I’ve disliked, which is why I couldn’t wait to get my hands on a copy of this initial installment in the Book of the Ancestor series.  Soon, however, I found this book about fighting nuns on an alien world pretty meh reading.  Much of my angst came from the detailed, training narrative, but I also never found any particular character to empathize with.  I’m glad others love this one, but for me, it was a terrible disappointment. 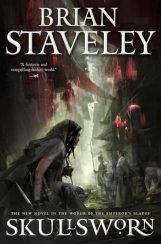 Now, I don’t recall exactly why my expectations for this book were so high.  Not having finished Brian Staveley’s Chronicle of the Unhewn Throne, it wasn’t because I was a huge fanboy of the world or Pyrre Lakatur or her God of Death or anything.  Instead I believe I was swept up in the hype for this one.  So many other fantasy readers craved this story about this character and a return to this world that I got swept up in their excitement.  Unfortunately, I did not enjoy this story at all; the tale of Pyrre leaving me with a distinct feeling of disillusionment, so much so that I haven’t found the desire to even finish off the original trilogy.

Well, those are my picks for My Least Favorite Fantasy Books in 2017.  Agree?  Disagree?  Have your own disappointments which you believe should have made it on my list?  Let me know!