Superman.  Batman.  Wonder Woman.  Flash.  Green Lantern.  Some of the most iconic superhero characters of all times reside in the DC Universe.  You’d think that would make it terribly easy for Warner Brothers to provide some great films for fans to devour at the cinema.  Unfortunately, that hasn’t really materialized with the recent Justice League set to go down as a huge disappointment in its box office.  So with that in mind, I thought it would be fun to make a list of my worst to first DCEU movies. 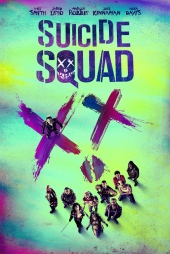 This disjointed, confusing, mess of a movie is my least favorite of all the DCEU films.  Sure, Margot Robbie did a great job capturing the essence of the Harley Quinn character, and Deadshot was okay, but other than that this is the poster child for a meh film.  By far the worst part was that Jared Leto’s Joker (which I and my others generally hated) was a much better villain than the main villain of the movie (Enchantress), who was literally the worst villain in any superhero movie ever.  At least, she was in my opinion. 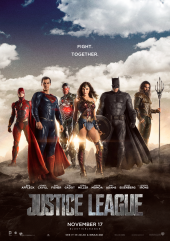 Superman’s CGI mustache.  Flash’s costume.  The boring villain Steppenwolf.  The grand Justice League was a movie which wasn’t bad but definitely wasn’t very good and nowhere close to being great.  Everyone has an opinion as to who is to blame, and how the movie could have been improved.  As for me, I believe WB should have just allowed Zack Snyder to tell the story he began in Man of Steel and not try force the Joss Whedon elements into a serious film.  The two visions did not work, turning the movie into a Frankenstein film. 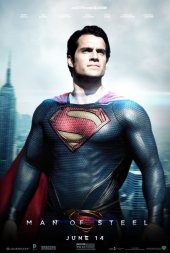 This film was a more serious take on the ClarkKent/Superman mythos.  It was most certainly darker and more cynical, but it worked. Probably the fact I thought Henry Cavill was a great Clark/Superman and all the other major actors did amazing jobs with their characters helped me buying into the film, but I actually enjoyed the plot.  General Zod is a damn good villain.  The fight scenes were amazing spectacles.  And Superman’s actions had real consequences.  No, it isn’t a perfect movie, but it was a great attempt to make a more serious superhero film. 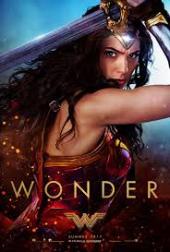 Great movie.  Gal Gadot is amazing.  The world of the Amazons is beautifully portrayed.  The World War I story had flaws but was a great vehicle to get Diana out into the world of man.  There was emotion, action, and laughs galore throughout the film, which made it almost feel like a Marvel film.  What was most compelling was the fact the movie successively portrayed Diana as a strong and confident woman without taking away the character’s beauty, grace and caring nature.  WW is a exactly the movie this character deserved! 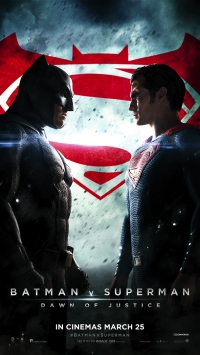 First, when I’m referring to Batman v Superman, I’m speaking of the Ultimate Edition, not the cinematic release.  We can all agree the version of the film released in cinemas was a jarring, confusing story to watch.  WB butchering Zack Snyder’s real vision.  In the Ultimate Edition, every plot element makes sense and fits together seamlessly to result in the realistic battle between our heroes and the epic conclusion.  When you take into account Snyder was able to introduce so many new characters yet still create an entertaining albeit dark story is amazing.  Nope, Batman v Superman isn’t for everyone, but I for one believe this Ultimate Edition was a worthy successor to Man of Steel and set up the Justice League movies Snyder wanted to make.  You know, the ones where we got to see a bad Superman, a Mad Max Batman, and Darkseid in two awesomely amazing movies.  Yeah, it sounds good after the Justice League we actually got.