Posted on December 8, 2017 by Bookwraiths 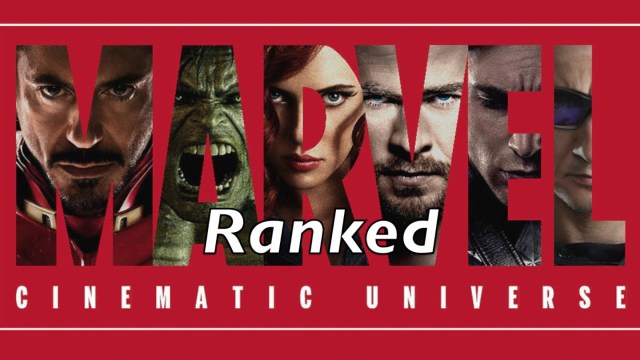 From Iron Man to Captain America to Thor to Guardians of the Galaxy to Ant-Man, the MCU has struck a chord with moviegoers the world over, allowing some of the most legendary comic heroes of all time to be brought to the big screen in vivid, action-packed life.  The skill with which this has been done is quite amazing looking backwards in time, especially after the struggles WB has had with the most recent Justice League movie.  And with that in mind, I thought it would be fun to make a list of my worst to first Marvel movies.

First off, I need to admit never being a huge fan of the good Doctor, so I went into this movie needing something spectacular to turn me into a fan.  Unfortunately, I didn’t get it.  Yes, this film used the now standard MCU blueprint to make an entertaining movie filled with laughs, emotional moments, and many cool, special effect laced fights.  The problem was it felt like every other MCU movie.  Honestly, it was the first absolutely forgettable Marvel movie I had seen, which is why I’m putting this at the bottom of the list. 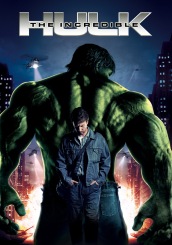 In 2008, the MCU really started with the release and love that Iron Man received.  What most people totally forget is that this Hulk movie came out only a month later that same year, had a brief cameo by Tony Stark, and was definitely intended to be a huge part of the MCU.  Today, the Edward Norton Hulk is basically completely ignored since Mark Ruffalo took over the role in The Avengers.  Even with that said, this is a good MCU movie and was just slightly better than Doctor Strange for me personally. 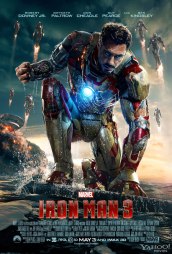 I am one of those MCU fans who just does not like this movie.  Tony Stark with PTSD-like symptoms after the Battle of New York in The Avengers did not excite me.  When you added to this the clever but ultimately lame Mandarin and the rather annoying Aldrich Killian perhaps you understand why I did not enjoy this one.  Don’t get me wrong there were still cool scenes and fun Tony Stark moments, but overall the film did not hold my interest or make me want to watch it over and over again like the initial Iron Man film did.

This is another recent MCU movie which follows the Marvel blueprint perfectly combining humor, action, and emotional moments.  I thought Tom Holland gave a great performance as the new Peter Parker, who is trying to balance being both the hero Spider-Man and just a regular high school guy with Tony Stark as a sort of mentor.  Hell, I even loved Michael Keaton’s Vulture.  The issue I had with the film was the fact it was yet another MCU movie, which meant it didn’t stand out on its own merits at all.

I know, I know, this is a MCU franchise which everyone and their mother seems to adore, usually causing it to appear high up in every list, and I agree this is a funny movie with some great acting performances (Kirk Russell as Ego comes to mind.)  The problem I had was the story itself was weak, the whole Daddy issue for Starlord was resolved fairly grimly, and it just wasn’t as enjoyable as the first movie.  If I had to pick one issue that ruined GotG2 for me it would probably be the darker tone .

This movie had a lot of huge expectations when it hit theaters in 2010.  It mostly fulfilled them with a few notable exceptions.  First, the villain, Ivan Antonovich Vanko (also known as Whiplash) was merely okay to me.  Mickey Rourke did his snarling best with him, but it just wasn’t enough.  Second, Justin Hammer wasn’t anything but pathetically funny, so I couldn’t ever feel worried about his schemes.  What saved the movie from rating lower was really Robert Downey, Jr.’s great performance, as well as Tony’s interactions with Pepper, Happy, Rhodey, and, of course, Black Widow.

I’m a huge Thor fan.  Love Asgard, Odin, Loki, and everything else Thor related.  I didn’t love this movie though.  What I should probably say is I didn’t like this space version of Malekith and the Dark Elves, hated the whole Aether nonsense, and found Jane Foster to be distinctly annoying.  All the scenes which focused mainly on Thor, Loki, and Asgard itself were really well done, exciting as well as funny, and emotionally touching at times.   I also have to give the film major props for the ending, which startled me and left me dying to know more.

OMG, I wanted to love this movie when it came out.  The Avengers was such a huge extravaganza of awesomeness that I knew this one would have a hard time matching its predecessors, but there were moments when it really came close. The best moments were when the characters were interacting with one another and taking shots at each another (literally and figuratively).  I also should admit many of the actions scenes were damn amazing to watch, and Vision was really cool.  But . . . Ultron.  Just no.  A snarky, belligerent robot with a god complex pretty much ruined it for me.

9.  GUARDIANS OF THE GALAXY

I had some serious misgivings about GoTG when the previews first came out.  The MCU had not released a purely comedic film at this point, and I was a bit skeptical if this more humorous version of a space team would really work.  Of course, I shouldn’t have worried, since this was one of the funniest films of the year with some of the best team chemistry, a breakout performance by Chris Pratt as Starlord, and a decent MCU villain in Ronan the Accuser.  Yeah, there are movies I’ve liked more, but this one was really good.

I didn’t expect to like this one as much as I did, because I was worried it would be too comedic and not epic enough.  Thankfully, the humor (while a bit over-the-top at times) didn’t ruin this sweeping saga of Hela and Ragnarok.  What I enjoyed the most was the appearance of Hulk, Odin’s fatherly advice, Thor and Loki’s brotherly bickering, and the fight scenes when Thor finally called forth the full power of the God of Thunder.  What an expected ending too.  Damn, didn’t see that one coming at all, but it was quite cool.

Marvel does a heist movie!  Even better, the main character is a quirky superhero named Ant-Man, which means the scenes of this dude turning small and surviving in the hidden world around us was brilliant.  Who can forget Ant-Man turning small for the first time in the bathtub?  The fight with Falcon at the Avengers compound? Or Ant-Man’s running struggle with Yellowjacket on the toy train?  Plus the story found a way to be damn funny yet also serious with Paul Rudd and Michael Douglas turning in great performances.

This is an underappreciated movie in my eyes.  From epic, awe-inspiring Asgardian action starring Chris Hemsworth’s Thor to the scene stealing Tom Hiddleston as Loki to the regal, formidable Odin as portrayed by Anthony Hopkins, this film was filled with great characters.  Added to this there was a good story of Thor going through a serious transformation from spoiled, arrogant child to serious, dedicated protector of those less powerful than himself.  Overall, it is a solid, entertaining introduction to Thor. 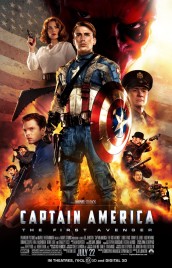 Talk about an underdog who you want to cheer for, Chris Evans as Steve Rogers is one of the best.  His rise from bullied loser to super soldier to laughingstock to doomed hero is about as epic and compelling as they come.  The love story is sweet and tragic.  The WW II action is intense and damn cool.  Red Skull is quite a villain.  And the ending is pure magic.  I can’t think of a single actor/actress who wasn’t great in their role either.  And to think I was worried this wouldn’t be a great MCU movie when I saw the first trailer for this one.

Finally, Captain America and Iron Man butt heads.  It had been building ever since The Avengers, and finally it erupted in this really good story.  I say “really good” because this wasn’t a great movie even though it had an amazing cast of characters (Who could forget Black Panther and Spider-Man’s introduction to the MCU!) and some awe-inspiring action scenes.  The main issue I had with this one was the villain: Baron Zemo, who did not interest me at all.  To add to Zemo’s Meh-ness was the rather lazy story with some damn huge plot holes. 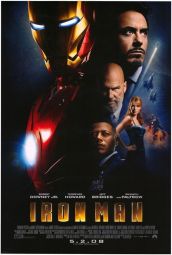 Iron Man was a true surprise when I watched it in the theater.  I expected an okay superhero movie, but Robert Downey, Jr.’s performance as Tony Stark made this an instant classic.  Sure, Pepper, Rhodey, and everyone else have great parts, but Downey steals the show, turning a B List Marvel superhero into the face of the MCU.  Years later, I still think Iron Man holds up well, though later MCU movies have certainly delivered greater drama, more laughs, and grander special effects, but the difference between them and IM is that none of them were first and Iron Man was, which means it will always be up there on my list. 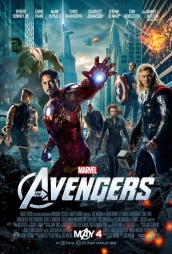 This movie changed everything in the superhero genre, showing clearly that team-up films could work, both die-hard comic fans and regular movie lovers could love the same movie, and great superhero movies could make loads and loads of money for film studios.  Why anyone ever doubted people would show up to see Iron Man, Captain America, Thor, Hulk, Black Widow, and Hawkeye take on Loki seems stupid in hindsight, but I recall that being a major question at the time.  Well, after this one, no one doubted the wisdom of superhero team-ups and the movies huge success assured that the MCU was here to stay for a long, long time.

Marvel does political thriller!  This one had it all: great villains (Winter Soldier being only one of them!), the best actions scenes in any Marvel movie, introduction of the Falcon, great character interaction, and a story which draws you in and never lets up until the end.  It was just the best of the MCU and my current favorite of all the superhero movies released in the last decade.

So what do you guys think?  Agree?  Disagree? Indifferent?  Let us all know your thoughts!