FUNDAY MONDAY, OR THE BOOKS THAT WILL HELP ME SURVIVE THE WEEK AHEAD (SEPTEMBER 4, 2017)

Posted on September 4, 2017 by Bookwraiths

Another week and even more books to fit into the hectic schedule. As always, I’m finishing off one and starting another.  And here they are.  Newest first. 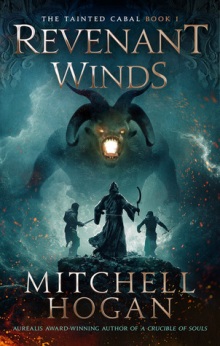 In a world devastated by a series of cataclysms over millennia, where the followers of different gods vie for ascendancy, mankind carves out a precarious existence among the remnants of a desolated past. Cities and civilizations are built atop mysterious and ofttimes menacing ruins, and the unforgiving wilderness beyond is filled with inhuman creatures and races from before the dawn of history. Sorcery is seen by some as a gift of the gods, and by others as their curse. And the demon-ravaged past has all but been forgotten.

As a secret cabal schemes to awaken an evil thought defeated millennia ago, the lives of three unlikely heroes are fated to converge:

Aldric, a veteran priest and sorcerer, who seeks acceptance from the church that shuns him. On the brink of their approval, he receives a mission that brings him face to face with a long-buried evil.

Niklaus, master swordsman, and slave to his goddess, who plots to split the veil between life and death and ascend to become her equal.

Kurio, the runaway daughter of a noble family, now turned to thievery, who stumbles across a disturbing secret that binds her future to infernal designs.

Drawn toward a horrifying endgame by an unknown force, Aldric, Niklaus, and Kurio find themselves in a battle not only for their lives, but for the beliefs that have come to define them.

A wrong decision, an overreaching ambition, or the failure of an already tormented faith, is all it will take to plunge mankind into an eternal dark.

Fire. Wind. Pestilence. Earthquake. Drought. Lightning. These are the six Decimates, wielded by sorcerers for both good and evil.

But a seventh Decimate exists–the most devastating one of all…

For centuries, the realms of Belleger and Amika have been at war, with sorcerers from both sides brandishing the Decimates to rain blood and pain upon their enemy. But somehow, in some way, the Amikans have discovered and invoked a seventh Decimate, one that strips all lesser sorcery of its power. And now the Bellegerins stand defenseless.

Prince Bifalt, eldest son of the Bellegerin King, would like to see the world wiped free of sorcerers. But it is he who is charged with finding the repository of all of their knowledge, to find the book of the seventh Decimate–and reverse the fate of his land.

All hope rests with Bifalt. But the legendary library, which may or may not exist, lies beyond an unforgiving desert and treacherous mountains–and beyond the borders of his own experience. Wracked by hunger and fatigue, sacrificing loyal men along the way, Bifalt will discover that there is a game being played by those far more powerful than he could ever imagine. And that he is nothing but a pawn…

2 Responses to FUNDAY MONDAY, OR THE BOOKS THAT WILL HELP ME SURVIVE THE WEEK AHEAD (SEPTEMBER 4, 2017)