TEN STORIES TO READ WHEN YOU ARE SHORT ON TIME

This post is all about concise works of fiction.  Short stories.  Novelettes.  Novellas. Short books.  You get the point, I’m sure.

Well, I’ve tried to pick my favorite short pieces of fiction.  Stories which made me read away the time, no matter if they were 1500 words, 8000 words, 20000 words, or far beyond that.  Narratives which drew me into their fantastical worlds, swept me away, and kept me entrapped in their mesmerizing depths until the tale was finally told.

Hopefully, you’ve already discovered the works highlighted below.  If not, hopefully, I’ve introduced you to a few that you will enjoy.

Protector Jerhke has kept Shasessrre peaceful for hundreds of years. After his brutal murder, his son Rider tries to discover his father’s murderer. Rider is helped in his search by his companions, as they battle against the agents of the mysterious Kralj Odehnal. But the murderous dwarf turns out to be an introduction to greater terror, as they match wits with Shai Khe, the powerful sorcerer who wants to rule Shasessrre. 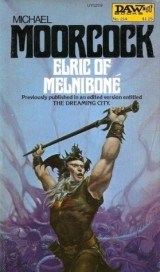 For ten thousand years Melniboné ruled the world. Elric, the 428th Emperor, seemed destined to see that era come to an end. An albino, sustained by rare drugs, it fell to him to confront the rise of the Young Kingdoms, of the monsters and sorceries which were threatening to overwhelm him and his ancient crown.

Having offended her superiors by winning a battle without permission, Caroline Sula has been posted to the planet Earth, a dismal backwater where careers go to die. But Sula has always been fascinated by Earth history, and she plans to reward herself with a long, happy vacation amid the ancient monuments of humanity’s home world.

Sula may be an Earth history buff, but there are aspects of her own history she doesn’t want known. Exposure is threatened when an old acquaintance turns up unexpectedly. Someone seems to be forging evidence that would send her to prison. And all that is before someone tries to kill her.

If she’s going to survive, Sula has no choice but to make some history of her own.

7. GHOSTS OF THE TRISTAN BASIN

Taniel Two-Shot is a powder mage with the Tristan Ghost Irregulars, a band of volunteers who have made a name for themselves fighting in the Fatrastan Revolution. They range through the swamps of the frontier, cutting off enemy supplies and raiding towns while Taniel hunts the Privileged sorcerers that make the Kez armies so powerful.

When a desperate call for help comes from the nearby city of Planth, the Irregulars aren’t the only ones to answer and Taniel must deal with another hero of the revolution: Mad Colonel Styke. But not all is well within the young Fatrastan government, and more hangs on the defense of Planth than Taniel and his companions could possibly know. 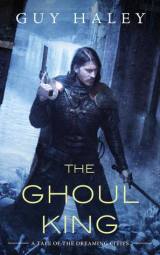 The Knight, Quinn, is down on his luck, and he travels to the very edge of the civilized world – whatever that means, any more – to restock his small but essential inventory.

After fighting a series of gladiatorial bouts against the dead, he finds himself in the employ of a woman on a quest to find the secret to repairing her semi-functional robot.

Thousands of them have lived underground. They’ve lived there so long, there are only legends about people living anywhere else. Such a life requires rules. Strict rules. There are things that must not be discussed. Like going outside. Never mention you might like going outside.

Or you’ll get what you wish for. 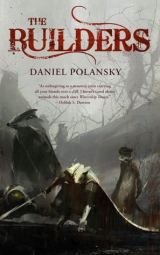 A missing eye.
A broken wing.
A stolen country.

Years go by, and scars fade, but memories only fester. For the animals of the Captain’s company, survival has meant keeping a low profile, building a new life, and trying to forget the war they lost. But now the Captain’s whiskers are twitching at the idea of evening the score. 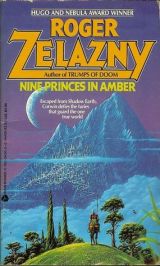 Amber, the one real world, wherein all others, including our own Earth, are but Shadows. Amber burns in Corwin’s blood. Exiled on Shadow Earth for centuries, the prince is about to return to Amber to make a mad and desperate rush upon the throne. From Arden to the blood-slippery Stairway into the Sea, the air is electrified with the powers of Eric, Random, Bleys, Caine, and all the princes of Amber whom Corwin must overcome. Yet, his savage path is blocked and guarded by eerie structures beyond imagining; impossible realities forged by demonic assassins and staggering horrors to challenge the might of Corwin’s superhuman fury.’ to ‘Awakening in an Earth hospital unable to remember who he is or where he came from, Corwin is amazed to learn that he is one of the sons of Oberon, King of Amber, and is the rightful successor to the crown in a parallel world.

2. TIME OF THE TWINS

The War of the Lance has ended. The darkness has passed. Or has it?

One man the powerful archmage Raistlin, intends that the darkness return.

Two people alone can stop him. One is Crysania, a beautiful cleric of good, who is drawn to Raistlin as a moth is drawn to flame. The other is his twin, Caramon, who must come to an understanding of himself before he can redeem his brother. Together with the irrepressible kinder, Tasslehoff, these three take a perilous journey back in time to the days just before the Cataclysm.

In the doomed city of Istar, poised on the brink of disaster, dark magic and darker ambition battle love and self-sacrifice in a quest to save not only the world but more importantly-a soul.

A short story about a child with a gift for seeing past the world.

This concise, beautiful, and poignant short story is an undiscovered gem by Mark Lawrence, one that all fans of the medium should immediately read.