FUN DAY MONDAY, OR THE BOOKS THAT WILL HELP ME SURVIVE THE WEEK AHEAD (MARCH 6, 2016)

The Lyre Thief by Jennifer Fallon

Her Serene Highness, Rakaia, Princess of Fardohnya, is off to Hythria, where her eldest sister is now the High Princess, to find herself a husband, and escape the inevitable bloodbath in the harem when her brother takes the throne.

Rakaia is not interested in marrying anyone, least of all some brute of a Hythrun Warlord she’s never met, but she has a plan to save herself from that, too. If she can just convince her baseborn sister, Charisee, to play along, she might actually get away with it.

But there is trouble brewing across the continent. High Prince of Hythria, Damin Wolfblade, must head north to save the peace negotiated a decade ago between the Harshini, Hythria, Fardohnya, Medalon and Karien. He must leave behind an even more dangerous conflict brewing between his wife and his powerful mother, Princess Marla.

…And in far off Medalon, someone has stolen the music.

Their quest for the tiny stolen lyre containing the essence of the God of Music will eventually touch all their lives, threaten everything they hold dear and prove to be far more personal than any of them can imagine. 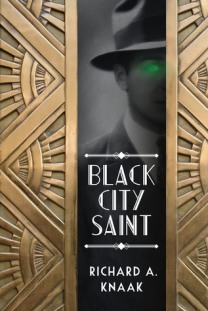 For more than sixteen hundred years, Nick Medea has followed and guarded the Gate that keeps the mortal realm and that of Feirie separate, seeking in vain absolution for the fatal errors he made when he slew the dragon. All that while, he has tried and failed to keep the woman he loves from dying over and over.

Yet in the fifty years since the Night the Dragon Breathed over the city of Chicago, the Gate has not only remained fixed, but open to the trespasses of the Wyld, the darkest of the Feiriefolk. Not only does that mean an evil resurrected from Nick’s own past, but the reincarnation of his lost Cleolinda, a reincarnation destined once more to die.

Nick must turn inward to that which he distrusts the most: the Dragon, the beast he slew when he was still only Saint George. He must turn to the monster residing in him, now a part of him…but ever seeking escape.

The gang war brewing between Prohibition bootleggers may be the least of his concerns. If Nick cannot prevent an old evil from opening the way between realms…then not only might Chicago face a fate worse than the Great Fire, but so will the rest of the mortal realm.

7 Responses to FUN DAY MONDAY, OR THE BOOKS THAT WILL HELP ME SURVIVE THE WEEK AHEAD (MARCH 6, 2016)