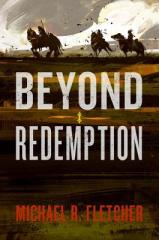 “Faith shapes the landscape, defines the laws of physics, and makes a mockery of truth. Common knowledge isn’t an axiom, it’s a force of nature; what the masses believe is an axiom. But insanity is a weapon, conviction a shield. Delusions give birth to foul new gods.

Violent and dark, the world is filled with the Geisteskranken—men and women whose delusions manifest, twisting reality. High Priest Konig seeks to create order from chaos. He defines the beliefs of his followers, leading their faith to one end: a young boy, Morgen, who must Ascend to become a god—a god they can control.

But there are many who would see this would-be-god in their thrall, including the High Priest’s own Doppels, and a Slaver no one can resist. Three reprobates—the Greatest Swordsman in the World, a murderous Kleptic, and possibly the only sane man left—have their own nefarious plans for the young god.

As these forces converge on the boy, there’s one more obstacle: time is running out. When one’s delusions become more powerful, they become harder to control. The fate of the Geisteskranken is to inevitably find oneself in the Afterdeath. The question then is: Who will rule there?

“The dream of Artificial Intelligence is dead and the human mind is now the ultimate processing machine. Demand is high, but few are willing to sacrifice their lives to become computers. Black-market crèches, struggling to meet the ever-increasing demand, deal in the harvested brains of stolen children. But there is a digital snake in that fractally modelled garden; some brains make better computers than others.” 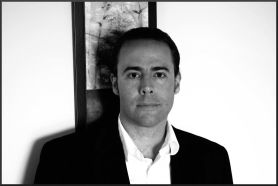 Michael R. Fletcher is a science fiction and fantasy author. His novel, Beyond Redemption, a work of dark fantasy and rampant delusion, was published by HARPER Voyager.

The next two Manifest Delusions novels, THE ALL CONSUMING, and WHEN FAR-GONE DEAD RETURN are currently in various stages of editing while Michael tries to be the best husband and dad he can be.

Praise for the Beyond Redemption series:

“Set in a world where madness equates to power, Michael R. Fletcher’s Beyond Redemption is often as nightmarish as it is fascinating. An alarming, original and compulsive tale laced with a blackly comic sensibility. Highly recommended.”
— Anthony Ryan, New York Times bestselling author of Blood Song

“Fletcher populated the landscape with an array of mental disorders, turning a well-thumbed psychiatric manual into a dramatis personae…The dystopia and its victims never quite collapse under the weight of the horror, and their perseverance encourages the readers to endure the grimness until the thought-provoking conclusion.”
— Publishers Weekly (starred review)

“The journey is dark and emotionally taxing, but there aren’t many fantasy novels as smart, ambitious, and excellently written as this one.”
— Booklist

Michael R. Fletcher has been nice enough to provide one signed copy of Beyond Redemption for this giveaway. North American residents only.

And our winner is — Arun Srinivasan! Congratulation, Arun. Your autographed copy of Beyond Redemption should be arriving soon!