Sure they may pocket things that don’t belong to them. And yes, anything that can be wiggled loose isn’t really locked down and may be fair game to them. And if they put half of their intelligence into legit trades instead of long cons they would probably be pillars of fantasyland’s community. But damn it, some thieves are still good people.

God, yet another fantasy trope that seems to be recycled over and over again within this genre. How many can I find in just thirty minutes. Let us see. 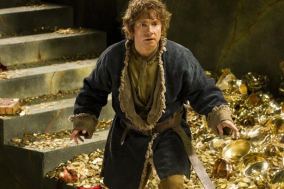 Okay, maybe this “burglar” isn’t the most hardcore of thieves, but he definitely is hired to steal things for his dwarven employers and does do so.  Plus, he is such a damn good person . . . except for his little addiction to that shiny, golden ring he keeps around. 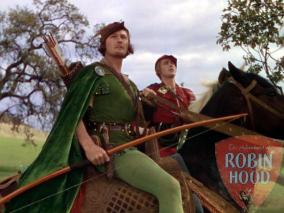 One of my first swashbuckling heroes was this thieving legend who “Took from the rich and gave to the poor.”  Once again, the legendary Robin isn’t so much a thief as he is a rebel against a tyrant, but that just shows what a good hearted thief he really is. 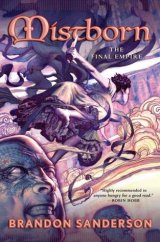 Kelsier is a professional thief.  At least, he was until some pretty tragic occurrences turned him into a revolutionary, who gathers together a group of professional thieves to overthrow an empire.  But even as he promises his cohorts wealth untold, Kelsier’s heart is all about helping the slaves of the land.  For all of these reasons, this guy has to be on this list. 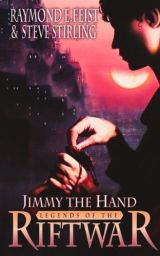 Though gifted beyond his fellow thieves, Jimmy is really only a glorified pickpocket until he aids Prince Arutha in a daring rescue.  From this point, the young thief rises ever higher until he grows up to become one of the most powerful people in the kingdom.  And it all started with him showing that deep down there was a decent, intelligent lad under all that thievery. 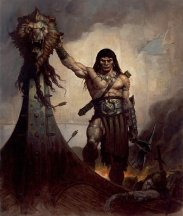 When people think of Conan, all they picture is the muscle-bound barbarian cleaving skulls with his mighty sword, but in the first stories by Robert E. Howard, he actually was a thief.  Okay, he wasn’t a very skilled thief, but that was still his chosen occupation.  And one thing Conan always exhibited was a good heart — especially for ladies in distress. 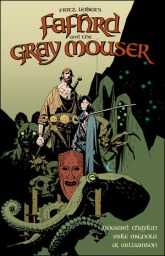 This gifted thief, deadly swordsman, and former wizard’s apprentice teams up with his partner Fafhrd to drink, gamble, feast, wench, brawl, and steal their way from adventure to adventure.  All the while exhibiting a good heart at the strangest of times. 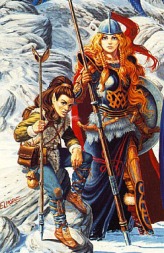 This kender does not consider himself a thief.  Sure, he takes things that do not belong to him all the time, but he calls this behavior “borrowing.”  I know it sounds like thieving, but you better not call Tasslehoff a thief, or you will see his claws come out, because this guy has a big heart and would give you the shirt off his own back.  Of course, he probably stole it from someone else earlier in the day though, but . . . 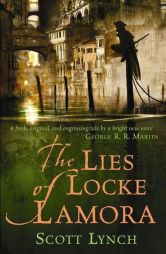 Master thief, con artist, and false-facer, Locke Lamora is a pretty bad guy, but under all that thieving genius, he has a heart . . . of sorts.  And it displays itself many times as this series moves along.

Now, it is your turn: list your favorite fantasy thief.