FUNDAY MONDAY, OR THE BOOKS THAT WILL HELP ME SURVIVE THE WEEK AHEAD (FEBRUARY 4, 2019)

Posted on February 4, 2019 by Bookwraiths

It has been a while since I’ve posted: little over three months I believe.  Lots of reasons for that absence, but no real reason to bore everyone with them.  But I’m back now.  And I’m going to pick back up by reading some great books (I hope!) to escape dreary reality.  I’m starting it all up this week with two very different offerings. 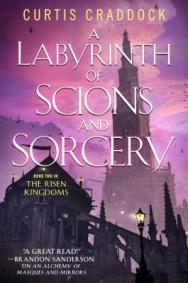 A Labyrinth of Scions and Sorcery by
Curtis Craddock

A Labyrinth of Scions and Sorcery is the masterful sequel to Curtis Craddock’s critically-acclaimed high fantasy An Alchemy of Masques and Mirrors, which continues the engrossing tale of courtly intrigue and breathtaking magic, and starring our fiercely intelligent heroine Isabelle des Zephyrs with her loyal musketeer Jean-Claude.

Isabelle des Zephyrs has always been underestimated throughout her life, but after discovering the well of hidden magic within her, unveiling a centuries-long conspiracy, and stopping a war between rival nations, she has gained a newfound respect amongst the cutthroat court.

All that is quickly taken away when Isabelle is unfairly convicted of breaking the treaty she helped write and has her political rank and status taken away. Now bereft, she nevertheless finds herself drawn into mystery when her faithful musketeer Jean-Claude uncovers a series of gruesome murders by someone calling themselves the Harvest King.

As panic swells, the capital descends into chaos, when the emperor is usurped from the throne by a rival noble. Betrayed by their allies and hunted by assassins, Isabelle and Jean-Claude alone must thwart the coup, but not before it changes l’Empire forever.ors. 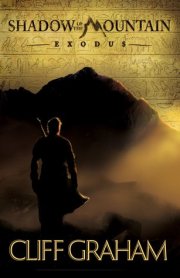 Series: Shadow of the Mountain #1

Two men were brave enough to tell the truth about what awaited the Hebrews in Canaan. This is their story. From the slave pits of Egypt to the efforts of an eighty-five-year-old Caleb as he drives out the last of the giants, Shadow of the Mountain is a vivid portrait of two of God’s chosen champions, and a meditation on masculine mentorship and the challenges and blessings of growing older.

For the sake of his new God and his loyalty to his friend Joshua, Caleb will not spend his twilight years resting, but taking the battle to the enemies of God’s people until his dying breath. From his early days as a mercenary for Pharaoh in Egypt watching the Hebrews suffer under the yoke of slavery, all the way through a desperate fight with giants in the dark forests of the hill country, this is a story filled with epic battles, gritty intensity, and supernatural events…

9 Responses to FUNDAY MONDAY, OR THE BOOKS THAT WILL HELP ME SURVIVE THE WEEK AHEAD (FEBRUARY 4, 2019)