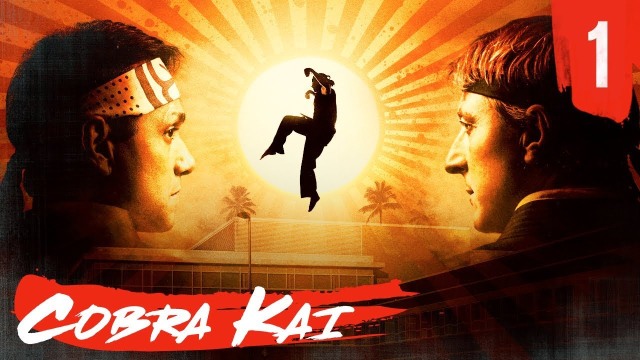 For those who don’t already know, Cobra Kai is the new streaming series on YouTube; a modern return to the California world of the eighties classic film The Karate Kid.  An opportunity to catch up on the original film’s hero and villain (There are many views on who is whom!) of that fan favorite.  Our two familiar faces returning, aged but on top of their game as this series exceeds expectations, refuses to just rely on nostalgia, and delivers a damn good story filled with everything good about the old story but with a more serious, complex tone.

I’m sure everyone has caught at least a few scenes of The Karate Kid film over the years.  It seems to me it is always being replayed on cable or featured on one of the streaming series all the time.  But for those unfamiliar with the story I’ll recap.  For those who know KK by heart just skip the next paragraph. 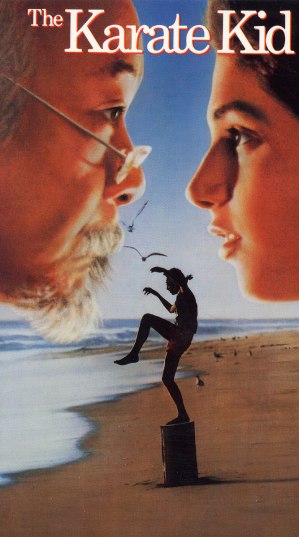 A new kid and his single mom move into in a nice California town; this guy is New Jersey native Daniel LaRusso (as played by Ralph Macchio).  At a beach party, Daniel meets a pretty girl named Ali (played by Elisabeth Shue).  Unfortunately, Ali has a jealous ex-boyfriend named Johnny Lawrence (played by William Zabka) who is the top student at a karate dojo named “Cobra Kai.”  When Daniel intervenes in an argument between Johnny and Ali, a fight ensues where Johnny easily beats and embarrasses Daniel.  This fight leading to an ongoing feud at school as the two compete over Ali’s affection.  Fights ensue.  Bullying happens.  Pranks go bad.  And after a few bad beating at the hands of Johnny and his karate friends Danny begins to be trained by his apartment complexes handyman Mr. Miyagi.  This training leading up to a confrontation between Danny and Johnny at the All Valley Karate Tournament for respect, bragging rights, and the girl! 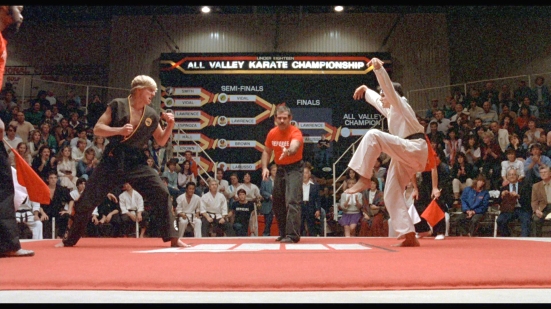 Cobra Kai begins in present day, focusing in on Johnny and Daniel.  The opening episodes taking a look at where these two, teen rivals are at now, explaining how their lives have gotten to this point, and beginning a new journey forward for each of them (though part of moving forward is dealing with the past).  Naturally, their paths do cross as expected, but even though you knew it was going to happen, the creative team behind this show does an amazing job making it all complex and serious yet adding an amazing amount of fun to it all.  Johnny and Danny once again squaring off. 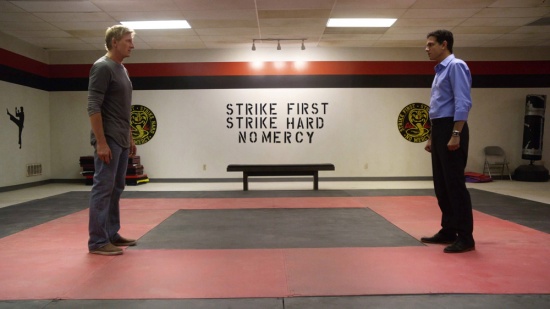 Don’t let my description of the show make you think it is only about our middle aged rivals.  Sure, it focuses on them, but each has their own families and friends who bring a decidedly teen angle to a lot of the show.  Something which I usually could care less about, but here it really works because it is great to see Daniel and Johnny acting as teachers, trying to fill the roles of their old mentors yet not make mistakes, and watching the teens around them evolve and grow even as they change their mentors outlook on life. 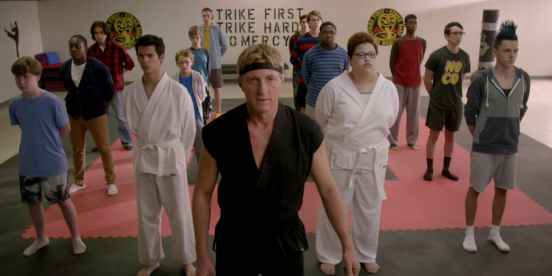 I realize many people might be wary of a KK revival.  It wasn’t the deepest, most serious film of all time.  Hell, it was a teen flick during the eighties, which means it didn’t even consider being anything except pure entertainment.  But Cobra Kai is different.  It does have many serious moments.  There is foul language.  Sexual references.  Scenes showing verbal abuse.  Times when cyber bullying is addressed in semi-serious ways.  But it never goes too far, finding the perfect mix of nostalgia, character development, modern sensibilities, teen angst, and humor to capture a binge watchers attention.  What is even better is the first two episodes are free to watch on YouTube.

If you give it a try, I hope you enjoy it!!  And, yes, I did binge watch the whole series this weekend. Loved every minute of it!