Welcome to The Friday Face-Off, a new weekly meme hosted by Books by Proxy. Join us every Friday as we pit cover against cover, and publisher against publisher, to find the best artwork in the literary universe.

This week’s theme is:  “Any planet is ‘Earth’ to those who live on it.  A cover which features a planet.“

When I read this week’s theme I was filled with a sense of calm, because I knew there were loads of science fiction books featuring planets.  But even though there were many recent choices to pick from I decided mys election this week had to be an unusual one.  A cover which most people would never have heard of much less ever seen.  And this led me to pour through older sci fi offerings.  Sure, many of them were a little strange, but they were damn creative too.  And my favorite featuring a planet was . . .

LUCKY STARR AND THE RINGS OF SATURN 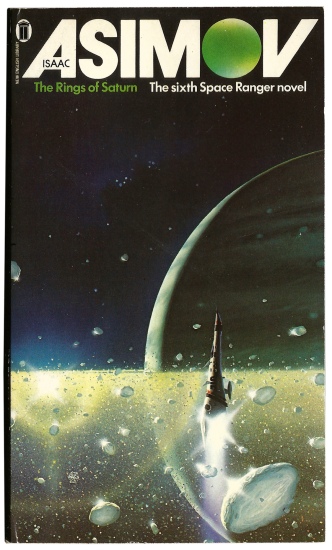 I have to admit really loving Covers A and C.  They both are really eye-catching in different ways.  But, finally, I admitted to myself that one was just cooler than the other one.  And so, I picked . . .

Agree or disagree?  Which would you choose?  Why?

And why not join in next week with your own selections.