Posted on October 4, 2016 by Bookwraiths

What great story is complete without an amazing villain.  Sure, they come in many different forms, but the one thing all great villains have in common is the ability to arouse strong emotions in readers.  And, like everyone else, I have my personal favorites, whom I hope you agree with me on. 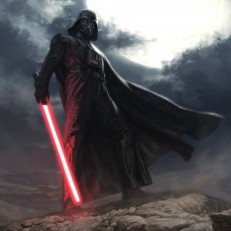 No list would be complete without the villain who inspired more nightmares when I was a kid and who I killed in more mock lightsaber duels in my backyard.  Definitely, his vileness isn’t nearly as bad as his Master the Emperor, but for me, Vader was the first villain to inspire real fear and loathing.

Back in the 1980s when I was just coming out of my Star Wars fever dream, I discovered Walter Simonson’s Thor comic, and I also uncovered another villain who I have always loved to hate: Loki.  And, thankfully, actor Tom Hiddleston has turned an already great character into one who demands the spotlight in every Marvel film he is in. 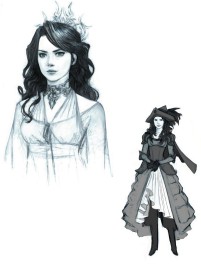 I love Lady.  Always have actually.  I have always liked to think that the good in her outweighs the bad, but the simple truth is she was a historically bad villain.  I mean, she and her husband the Dominator were so bad yet so powerful they were buried alive in barrows and surrounded by wards to keep them there forever.  I mean, how bad do you have to be for people to do that to you?  Bad to the bone.  So while I love her, Lady has to be included here. 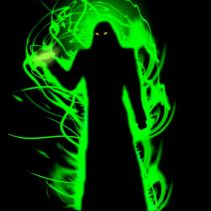 While definitely in the Sauron (of Lord of the Rings) mold, Lord Foul is a villain whom readers interact with on more than one occasion and learn to both loath and fear.  He is the cancer which is slowly destroying the world, the strife which is pitting brother against brother, the dark whisper in your mind urging you to commit heinous deeds.  Foul is pure evil in its undiluted form.  Nothing much to like with this guy, but he does a great job being exactly what he is: a villain.

Paul Atreides younger sister, Alia, was a creepy child from the moment she was born.  Definitely, she has her good points, but throughout her story, her downward trajectory into power hungry mad woman is fairly consistent and pronounced.  Despot = villain in my eyes. 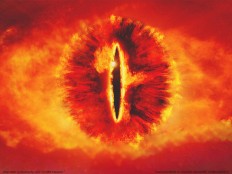 No, you never really get to know this ancient villain up close and personal like more modern ones, but for the type of remote, ominous antagonist he was meant to be, Sauron is perfect in every way.  Just the mere utterance of his name inspires fear in all the bravest in Middle Earth, so as a young reader, I couldn’t help but be terrified of this entity.  What more can you ask of a villain except to be universally feared. 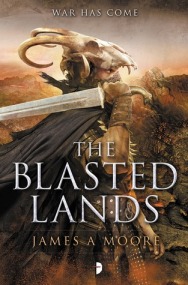 Okay, I am tweaking the topic to fit my pick here, but with the Sa’ba Taalor I can’t pick just one character as the villain of the series.  Rather, this whole group of people are some of the best villains to come along in ages.  They are unique, nearly superhuman, skilled, zealots, and pure killers.  What more could any sword and sorcery fan want from their villains than all those qualities?  Nothing.  And that is why the Sa’ba Taalor as a whole are on this list. 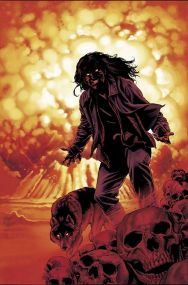 Whether it is as the demonic creature in The Stand or as Roland Deschain’s nemesis in The Dark Tower series, this villain has been a major player in so many of Stephen King’s novels over the years that I have spent a great deal of my life absolutely despising this guy and wanting to see him die.  But even a hater like me has to admit, Randall Flagg has been one hell of an antagonist. 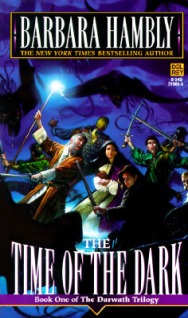 These subterranean horrors begin this trilogy as ominous creatures of death who erupt from underground every night to feast upon the human population.  As mysterious agents of death, they are terribly successful, but Barbara Hambly slowly reveals more and more about them until what they truly are is the biggest twist and payoff of the entire trilogy.  Well, at least, they were to me, but then again, I love history and archaeology . . . and conspiracy theories. 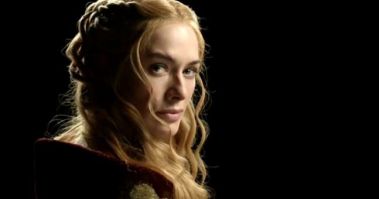 No villain list would be complete without someone from Game of Thrones.  The only problem is who exactly to choose.  There are so many horrible villains in this series.  But the one whom I never can seem to find a bit of empathy for is Cersei.  She is pure evil to me.