Posted on January 2, 2016 by Bookwraiths 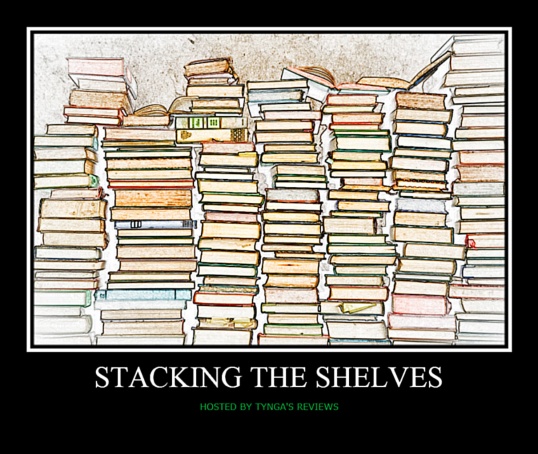 Stacking the Shelves over at Tynga’s Reviews is all about sharing the books you are adding to your shelves, whether it be physically or virtually. This means you can include books you buy in physical store or online, books you borrow from friends or the library, review books, gifts and of course ebooks!  So let’s see what goodies I’ve gotten since the last post.

This one arrived from the good people from Forge. 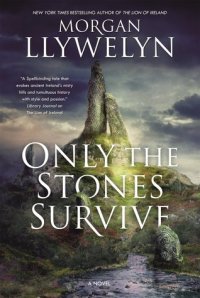 For centuries the Túatha Dé Danann lived in peace on an island where time flowed more slowly and the seasons were gentle–until that peace was shattered by the arrival of invaders. The Gaels, the Children of Milesios, came looking for easy riches and conquest, following the story of an island to the west where their every desire could be granted. They had not anticipated that it would already be home to others, and against the advice of their druids, they begin to exterminate the Túatha Dé Danann.

After a happy and innocent childhood, Joss was on the cusp of becoming a man when the Gaels slaughtered the kings and queens of the Túatha Dé Danann. Left without a mother and father, he must find a way to unite what is left of his people and lead them into hiding. But even broken and scattered, Joss and his people are not without strange powers.

Morgan Llywelyn weaves Irish mythology, historical elements, and ancient places in the Irish landscape to create a riveting tale of migration, loss, and transformation in Only the Stones Survive.

The next book is one I’ve wanted to try for a while now after having listened to Peter Orullian speak at several cons; his passion and belief for his work really impressing me, making me give his debut novel a try.  So I asked the fine people over at Tor Books if I could obtain a copy of the Author’s Definitive Edition, and just like that it arrived as an early Christmas present. 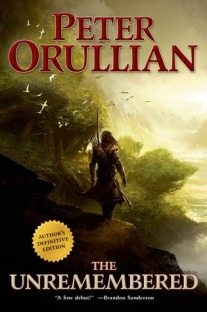 The gods who created this world have abandoned it. In their mercy however, they sealed the rogue god-and the monstrous creatures he created to plague mortal kind-in the vast and inhospitable wasteland of the Bourne. The magical Veil that protected humankind for millennia has become weak and creatures of nightmare have now come through. Those who stand against evil know that only drastic measures will prevent a devastating invasion.

Tahn Junell is a hunter who’s unaware of the dark forces that imperil his world, in much the same way his youth is lost to memory. But an imperious man who wears the sigil of the feared Order of Sheason and a beautiful woman of the legendary Far have shared with Tahn the danger. They’ve asked him, his sister, and his friends to embark with them on a journey that will change their lives . . . and the world . . . forever. And in the process, he’ll remember . . .

“A sprawling complex tale of magic and destiny that won’t disappoint its readers.  This auspicious beginning for author Peter Orullian will have you looking forward to more.” -Terry Brook

“This is one huge, compelling, hard-hitting story. A major fantasy adventure.” -Piers Anthony

“ The Vault of Heaven is great fantasy. It grips you and shows you true friendship, strange places, and heroes growing to confront world-shaking evil. Magnificent! I want more!” -Ed Greenwood

“A vast canvas filled with thought-provoking ideas on the questions of good and evil that engage us all.” -Anne Perry

4 Responses to STACKING THE SHELVES, VOL. 12