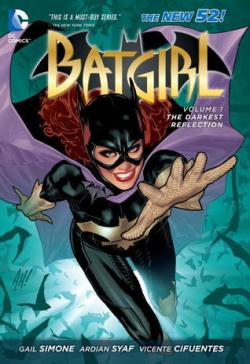 SHORT VERSION: I really enjoyed this one. Gail Simone told a great story that had a plausible explanation for Barbara Gordon not being in a wheelchair anymore. Babs reintroduction to running around fighting crime as Batgirl was filled with realistic touches like her post-traumatic stress whenever a gun gets pointed at her. And the art team did a great job, presenting Batgirl in all her black leather glory. So go find this one and read it!

LONG VERSION: You really thought you could keep me quiet, huh? Good luck with that.

Now, I’m no Batgirl fan. Actually, I loved Barbara Gordon more as Oracle. She was a fiercely intelligent woman, who had accepted her situation, learned to live her own life in spite of it, and was always icy calm and in control. 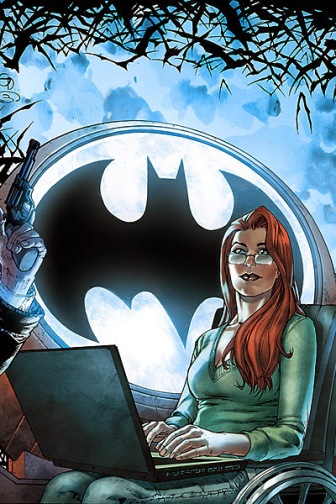 Why change what ain’t broke was my attitude when I first heard about this New 52 reinventing of Babs. But, eventually, I relented, giving this comic collection a try for one reason: Gail Simone.

For those who actually read these reviews I type, you already know I love Simone’s writing. In my eyes, she is on par with any other writer out there – comics or non-comics. Somehow, she can take the biggest pile of crap and make it into a compelling story. Whether that is by telling an action intense tale or focusing on characterization, she somehow punches the right buttons to make me happy I gave her story a try. And whenever I get a chance to sample her work, I take it, which is why I picked this one up.

Did it disappoint? Nope, it was a really entertaining story for a few reasons.

1) It was good to see a non-magical explanation given for Babs recovery. The fact that Barbara Gordon underwent surgery, intense rehab, and finally recovered was portrayed in a very realistic manner, making her transformation back into Batgirl easier to accept.

2) The inclusion of Barbara’s post-traumatic stress disorder, or trauma-related syndromes, into the narrative added another realistic touch, because anyone who lived through a shooting/paralysis would definitely show some apprehension when confronted with bad people trying to shoot them.

3) Barbara has a real life. I personally prefer more real life, real problems from my superheroes. Guess, my age has taken a little of the fun out of too many BOOMS! Not that I don’t still like them, because I do, but I need more than that for a story to be really interesting. Simone began the process of giving me that with Babs.

4) Realistic characters. Okay, I’m a guy, and I’m not going to lie: I love sexualized super heroines. It really doesn’t bother me if certain physical characteristics are over exaggerated. Like I said I’m just that sort of a guy. But I’m also older (Maybe wiser. Who the hell can tell?), and I’ve found that I now prefer my stories to portray real people: men and women. And Gail Simone does that better than a lot of comic writers, especially with her female characters who seem like ordinary people with ordinary problems in addition to their extraordinary ones.

5) Good art. It seems that almost all the New 52 titles have great artwork, and Batgirl isn’t the exception. Really enjoyed flipping through the pages. 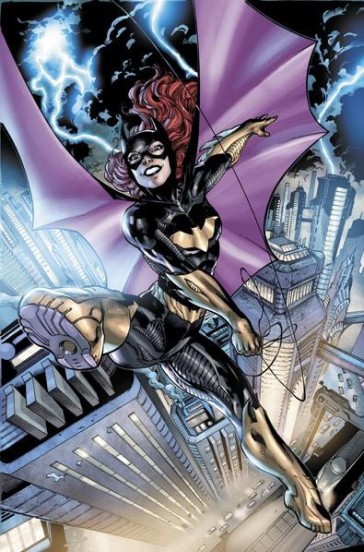 All in all, Simone was given a pretty tough task reintroducing the non-Oracle Barbara Gordon as the New 52 Batgirl. Realism seemed the focus of her re-imagination of Babs, and using that framework, she crafted a really good story that I thoroughly enjoyed.

2 Responses to BATGIRL: THE DARKEST REFLECTION