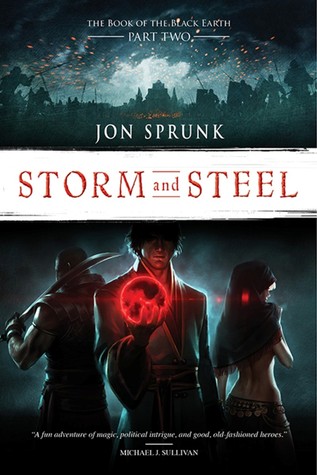 The Magician. Horace has destroyed the Temple of the Sun, but now he finds his slave chains have been replaced by bonds of honor, duty, and love. Caught between two women and two cultures, he must contend with deadly forces from the unseen world.

The Rebel. Jirom has thrown in his lot with the slave uprising, but his road to freedom becomes ever more dangerous as the rebels expand their campaign against the empire. Even worse, he feels his connection with Emanon slipping away with every blow they strike in the name of freedom.

The Spy. Alyra has severed her ties to the underground network that brought her to Akeshia, but she continues the mission on her own. Yet, with Horace’s connection to the queen and the rebellion’s escalation of violence, she finds herself treading a knife’s edge between love and duty.

Dark conspiracies bubble to the surface as war and zealotry spread across the empire. Old alliances are shattered, new vendettas are born, and all peoples—citizen and slave alike—must endure the ravages of storm and steel.

Jon Sprunk is the author of The Book of the Black Earth epic fantasy series as well as the Shadow Saga trilogy. His first book, Shadow’s Son, was a finalist for the Compton Crook Award, as well as a nominee for the David Gemmell Award for Best Debut Novel and Best Fantasy Novel.

Praise for Blood and Iron:

One winner will be selected to receive a copy of this book. Open to US readers.  To enter just email a snarky comment along with your name and mailing address to bookwraiths@gmail.com with the heading STORM AND STEEL GIVEAWAY. The snarky comment is for no other reason than to entertain me, because I get bored rather easily. 🙂

The winner will receive an email and will have 48 hours to reply. If no response is given, another winner will be selected. The book will be mailed directly from the publisher, Pyr.

Congratulations to Dan Oliveira for winning a copy of Storm and Steel! I want to thank Pyr Publishing for being kind enough to provide this giveaway copy.

This entry was posted in Author Spotlights, Fantasy and tagged Blood and Iron, fantasy book giveaway, giveaway, Jon Sprunk, Storm and Steel, Storm and Steel free, The Book of the Black Earth. Bookmark the permalink.