I began reading X-O Manowar comics back in the early 1990s when Valiant first opened its doors. I loved the concept (ancient warrior in alien armor), enjoyed the stories, and found the art to be great. I can’t say I stuck with the comic through its whole run back then, but I still have several years worth of X-O comics in my collection. 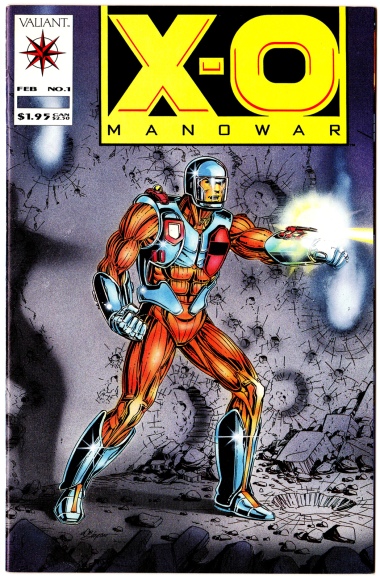 Fast forward. X-O Manowar is back (again), so I decided to give this new version a go. And I have to say I liked it. Maybe not as much as the first one all those years ago, but enough that I will probably pick it up again in the near future.

Aric of Dacia has retired. Free from his past. Free from the armor. And determined to live a simple, uncomplicated life on a strange, alien world far from earth.

But Aric attracts violence, and so he finds himself conscripted into an alien army, marched off to a war he knows nothing about and cares about even less. But his warrior instincts kick in, and soon he comes to the attention of the commander who sees in this alien a means to snatch victory from certain defeat. The suicide mission given to our hero forcing him to turn back to the armor he longed to be rid of.

Naturally, this story is heavy on the fighting and combat and light on the characterization. Aric does have a few moments of introspection, but X-O Manowar doesn’t really strive to be thought provoking. Instead the plot is straight forward action. Which is fine, since that is fit Aric’s nature and the situation he finds himself in.

As for the art, it was great. I thought it captured the strange feel of an alien world, portrayed the hectic nature of combat well, and was just cool to look at. 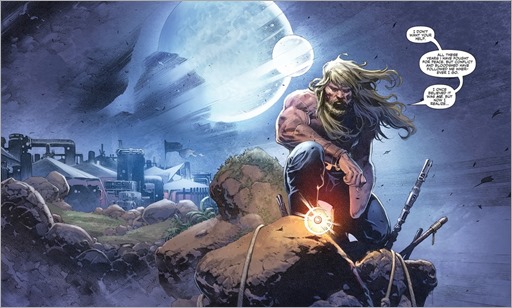 To sum up. X-O Manowar is a good comic. Entertaining story. Great art. Loads of action and combat. Sure, the plot didn’t stray from the tried-and-true, but it was still a fun scifi romp that I’d recommend others give a try.